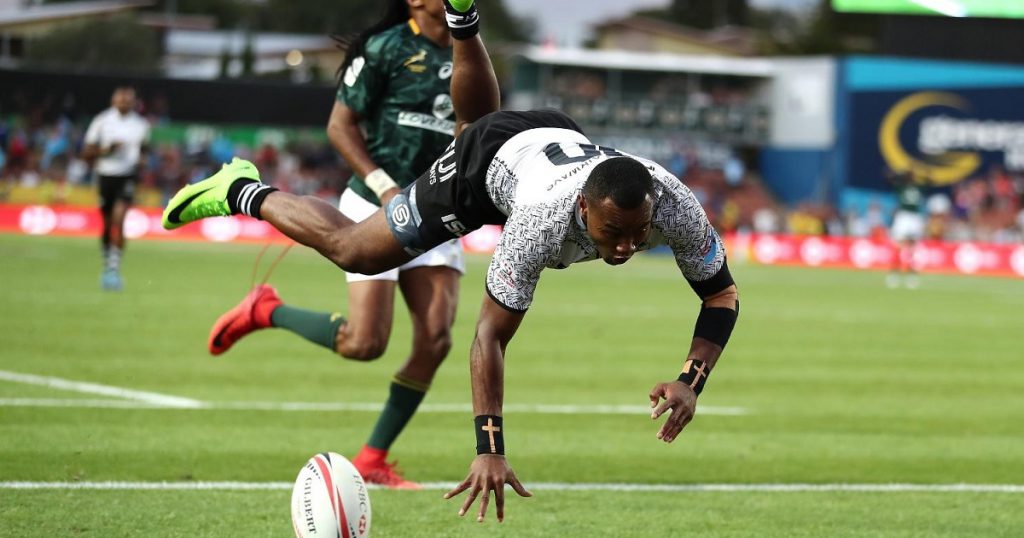 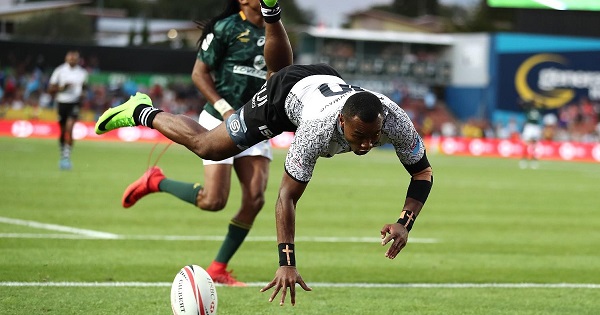 Fiji became the fourth different team to win an HSBC World Sevens title in as many events after claiming a stunning 24-17 come from behind victory over series leaders South Africa in Hamilton, New Zealand, last weekend.

Gareth Baber’s side had endured a lacklustre start to the 2017-18 campaign, by their high standards, but produced a masterful performance in a thrilling final against the Blitzbokke which went right down to the wire.

South Africa touched down first with Kwagga Smith crashing over before Alasio Sovita Naduva hit back immediately after the restart. Two more tries from the Blitzbokke – from Kyle Brown and du Preez – helped South Africa take in a 17-5 half-time lead.

Naduva scored an absolute scorcher at the start of the second half after a sumptuous no-look pass from Kalione Nasoko left the crowd in awe as Fiji closed the gap to five points.

Despite Du Preez’s yellow card, South Africa, through the inspired Werner Kok almost went coast-to-coast to bury the match. But a magnificent counter-attack from Fiji – instigated by a fabulous turnover from Paula Dranisinukula – gave Naduva a hat-trick and a vital 19-17 lead.

Fiji capped off a miraculous game by adding another try from Eroni Sau in the closing seconds.

Despite their loss, South Africa remain on top in the series with 77 points, eight clear of New Zealand, with Fiji catching up on 62.

The next round takes place in Las Vegas (March 2-4)