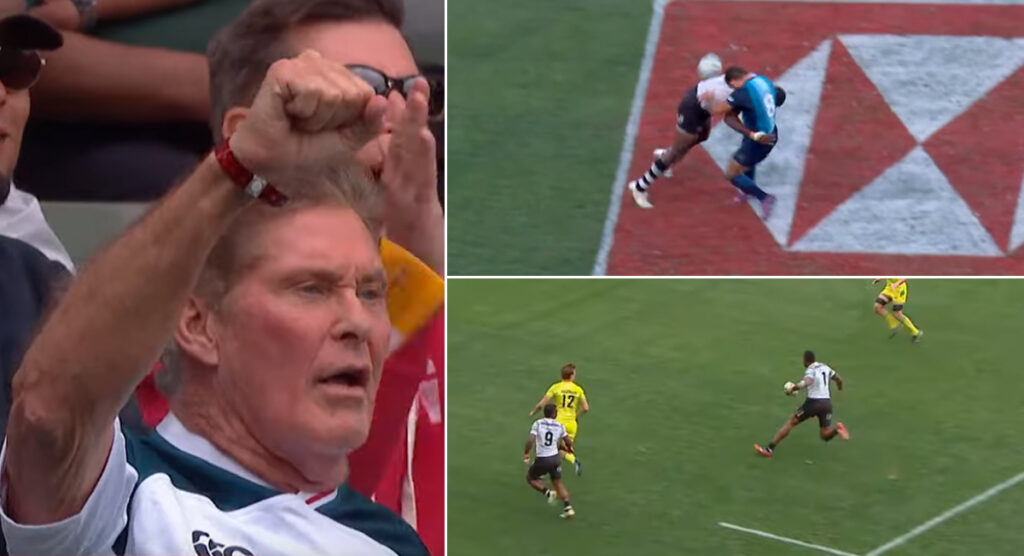 The Los Angeles Sevens was a roaring success by all accounts, with the final being named as one of the greatest Sevens finals ever to be played, mainly due to an incredible comeback.

While Fiji were edged by South Africa in extra time (see highlights below), they still managed to produce some thrilling rugby throughout the tournament, and indeed, in the first half of the final.

Their tackling was always going to be something to watch, as can be seen here with this seismic hit from Aminiasi Tuimaba.

Sevuloni Mocenacagi then produced one of the best no-look passes you’re likely to see.

Even the Hoff was impressed.

You won't see a better pass in your life! @fijirugby's Mocenacagi has just thrown the most incredible no look pass at the #LASevens pic.twitter.com/TgjmxcJzlu

In the Cup final, The Blitzboks staged an incredible comeback to beat Fiji, after overcoming a huge deficit in the first half.