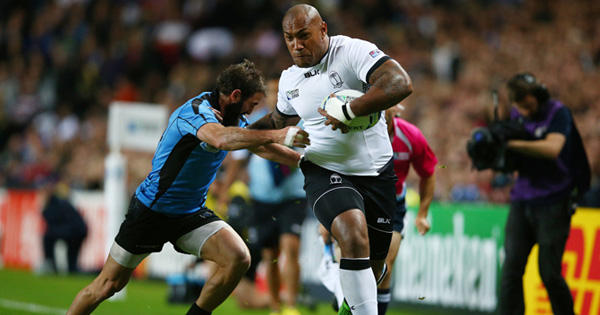 Urguay’s team of amateurs put up a good fight againt Fiji but the men in white ran away with things late in the game, scoring seven tries in total for a 47-15 victory. The match included a number of incidents of foul play, with plenty of niggle and the tournament’s first red card.