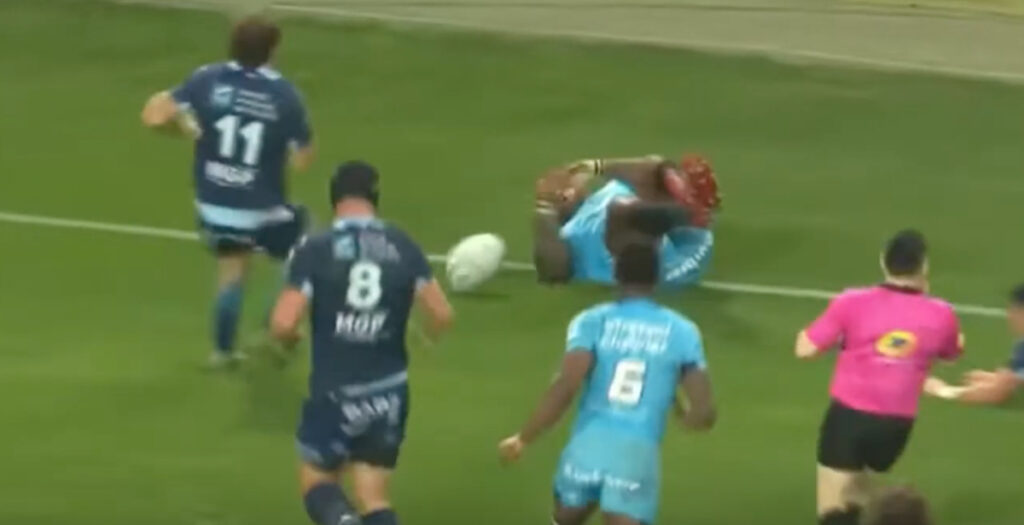 Huge Fijian centre Nemani Nadolo demonstrated impressive pace and agility to score a try in the corner for Montpellier on Saturday.

The 32-year-old chased down a grubber kick from his teammate Benoit Paillaugue and dotted the ball down in the corner to score one of his three tries against Bayonne.

Nadolo stands at 6ft 5” and weighs a whopping 137kg and has represented Fiji 30 times on the wing.

He was the top try scorer in the 2014 Super Rugby season for the Crusaders and has scored 52 tries in 67 appearances for Montpellier since joining the club in 2016.