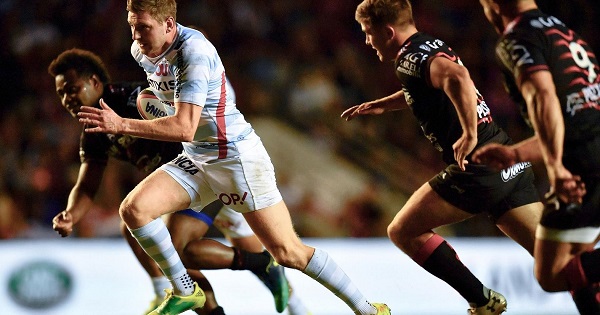 Scottish fly-half Finn Russell scored twice and kicked a further ten points to help the Parisians open their 2018/19 Top 14 account in style with a 25-9 win over powerhouse side, Toulon.

Russell, who made the switch to the 2016 French champions from Glasgow Warriors in the off-season, played a large role in getting Racing 92 on the front foot early on.

A neat inside ball nearly put Argentinean winger Juan Imhoff over the line in the first half, before he bagged a brace of tries in the second to put his side ahead.

Certainly, the openness of Racing’s game seems to have suited Russell down to the ground. After all, the Scottish internationalist has been moulded by former Scotland fly-half Gregor Townsend, both in the Glasgow and National setups.

Russell then made the most of centre Henry Chavancy’s ball creating a gap in the Toulon defence to waltz in for his first Top 14 try, before adding a superb solo effort entering the final quarter.

The out-half drew in replacement prop Sébastien Taofifenua and winger Josua Tuisova to crash over for the try.

Known as being a bit of a character, Russell has already become a popular figure with his club-mates and the Racing 92 fans. If he continues to produce similar performances for the rest of the season, he may be on his way to developing a cult following among the French support.