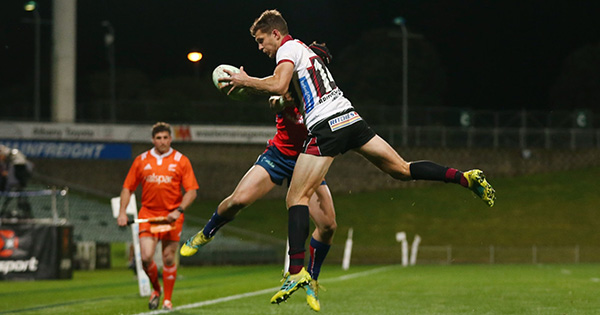 The Mitre 10 Cup continues to impress with its feast of top-shelf highlights. Week after week, the comp accurately displays the depth of riches New Zealand have at their disposal. As you can see from these electric tries, round three was no exception.

Otago destroyed Manawatu 50-17. However, Manawatu were ahead until Michael Collins scored the go-ahead try in the corner. From there, things continued to go south as the scoring became increasingly one-sided.

Auckland got a 35-17 win over Waikato, with winger Salesi Rayasi’s try superb in more ways than one. First was his dive and touch down in the corner when there was almost no space to do so. He transfered that into a twisting slide that popped the winger right back on his feet, as if nothing had happened.

Toni Pulu beat multiple defenders to help Counties Manukau draw even with Taranaki, only to see Taranaki pull away for the last minute win 26-19.

A few days later, Counties were able to turn the tables and secure victory over Hawke’s Bay 29-25. However, the try of the match belonged to Hawke’s Bay’s Jonah Lowe and his fancy footwork.

Watch all the best tries of the round below.