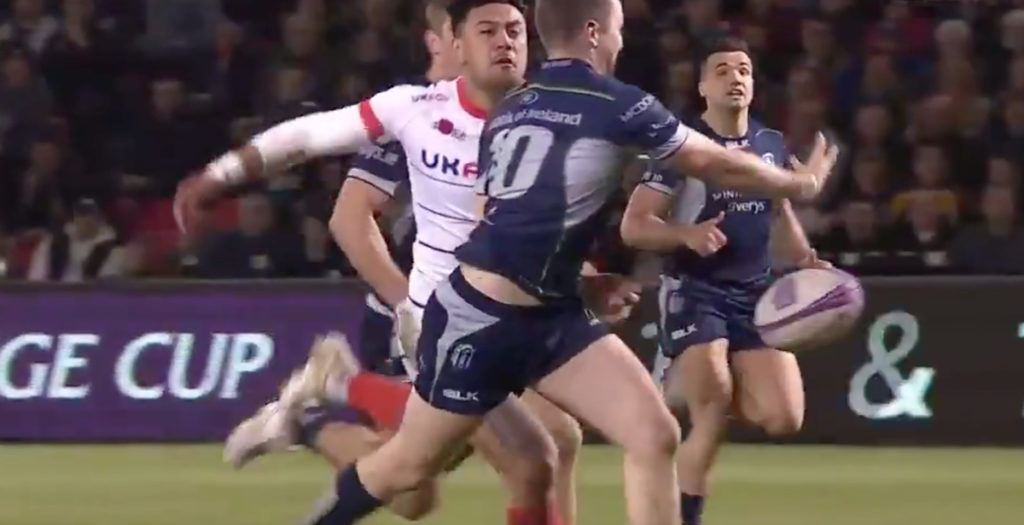 Connacht fly half Jack Carty nearly pulled off the perfect intercept try against Sale Sharks in the European Challenge Cup but was caught agonisingly close to the line.

Carty intercepted a pass from man of the match scrum half Faf de Klerk and ran nearly the entire length of the field before he was caught five metres short by Sale winger Denny Solomona.

Having been tackled by Solomona, the 26-year-old stand off attempted a one-handed offload which went straight at the feet of his supporting runner, resulting in a knock-on virtually under the posts.

Connacht lost the game 20-10 at the AJ Bell Stadium which means that Sale have progressed to the semi finals of the Challenge Cup.

Carty has made 124 appearances for Connacht and has three caps for Ireland.