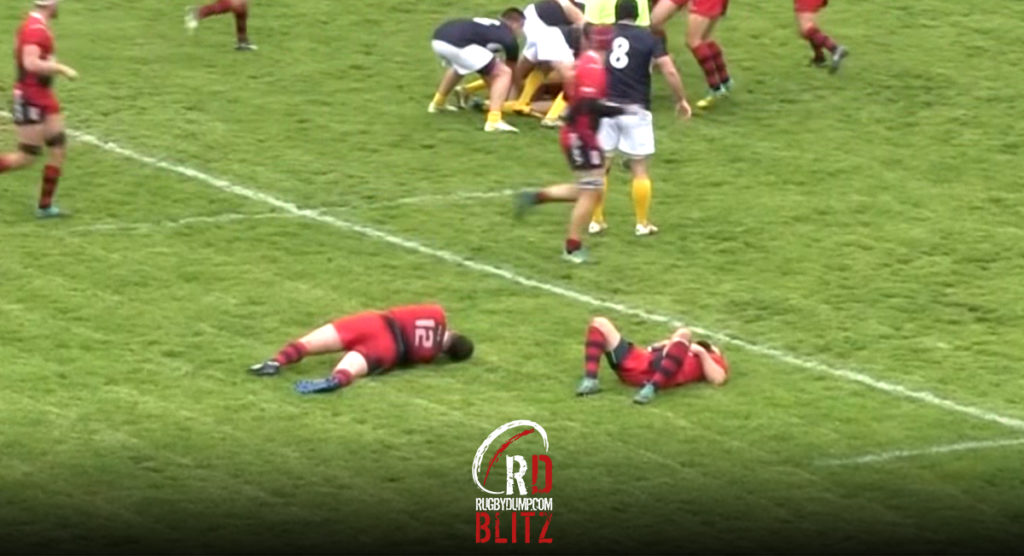 A flanker and a centre in Croatia have come to blows after they both attempted to tackle a flyhalf in a Regional Rugby Championship match in Split. While it may have looked nasty, we’ve been assured that neither player was seriously hurt in the friendly fire.

The Regional Rugby Championship, or RRC, is a competition that features the best teams from Croatia, Slovenia and Bosnia.

In this particular match, ZRS flyhalf Nik Jurišić – who used to play his rugby in Glasgow – made a break from a midfield scrum, resulting in trouble for the RK Nada defence.

He got past his opposite number without too much trouble and then just as he changed direction, beat another two players, who proceeded to clatter into one another.

Thankfully, they were both fine, which makes it a little easier to watch the two take eachother out while barely laying a hand on the elusive number ten.

Submit your clips via www.rugbydump.com/blitz and we’ll share the best of them