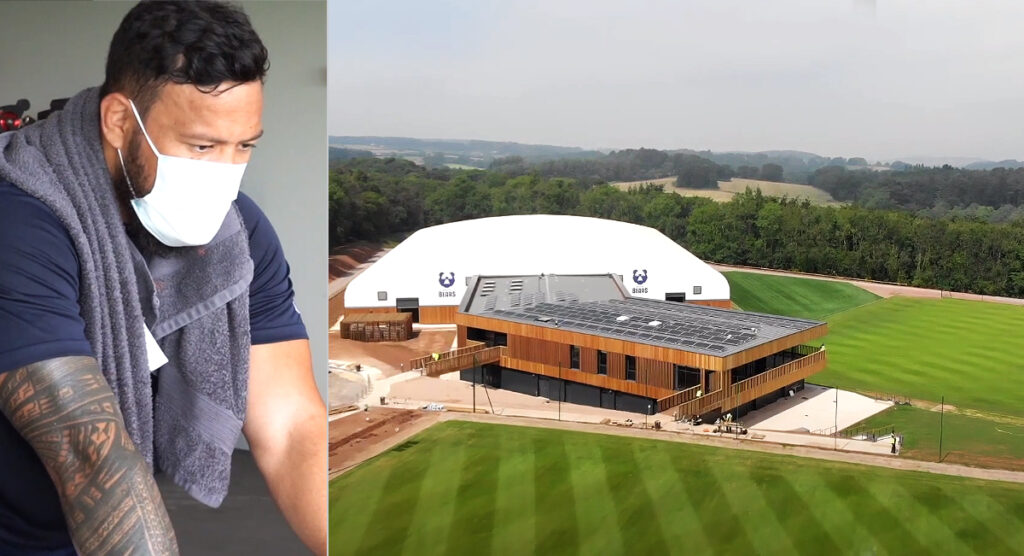 Bristol Bears have shared this great footage of their new training facility in Failand, which opened for business this week. In this video, CEO Mark Tainton explains that everyone has been ‘blown away’ by it.

Bristol Bears moved to Stage Two of rugby’s return to play process at the club’s brand-new training ground this week. Stage Two allows for the resumption of close contact training, with small groups and/or teams able to interact much closer to one another.

Mark Tainton says he and everyone involved at Bristol Bears have been ‘blown away’ by the club’s new training facility, despite it being not quite completed yet.

“When you drive down the long driveway, through the trees and get the first sight of the building, it takes you aback. I’ve been blown away – and I’ve been working on it every week for the last year. For the players to see it finished, or nearly finished, it’s amazing – they’re delighted, and they were blown away too,” said the former fly half.

“It’s a massive boost to everyone involved in the club that we’ve come to this new facility – and in fairness to the main construction company, Beard, they’ve done a tremendous job.

“From what I’ve seen, the players have been very enthused and looking forward to the restart of the season.”