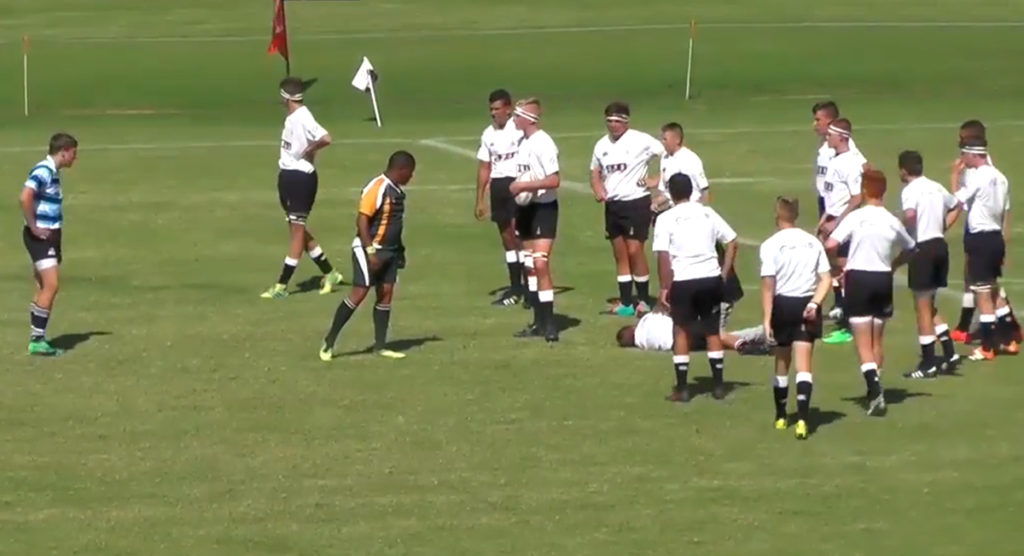 In the last few days a video has been circulating that has completely split rugby fans. Arguments abound about the legality of it, but also the moral standpoint as some say it looked unnecessarily dangerous. It comes from an Under 14 match in a South African schools festival.

It took place in George at the Kwagga Week, in a match between prominent rugby schools Paarl Boys and Monument. A video seemed to first come to light after famed fearless tackler, Jacques Burger, shared a clip of the incident on twitter.

The pushback was immediate, with journalist Sam Peters – a strong supporter of safety in rugby – questioning it.

“Huge question for rugby and @Nabasboer do we celebrate seeing a child smashed head first into rock hard ground or search for ways to avoid? For what it’s worth, watching this makes me physically sick.”

That prompted a number of replies and heated debate about laws, player sizes and foul play.

We should give our youngsters all the tools to be safe in rugby but we should never teach our kids to do things halfheartedly. https://t.co/GtrFt9b1Vc

Tell your kids there is a good chance of injuries if they play rugby. That’s the reality. Work on better/safer techniques so they can be smarter,well prepared rugby players. Also don’t forget to tell them to do their best and enjoy.

As you can see below, it looks like the small halfback got the ball but took a little too long to pass and got demolished by a young player named Divan Fuller. The tackle appeared to be legal in the sense that he wrapped his arms, it was not high and he appeared to be committed to it (not late).

The outcome, however, was fairly sickening to watch and without the aid of a TMO, the referee decided that a yellow card was in order after the tackled player went face first into the ground.

This is one of the reasons many onlookers are citing it as illegal, by the letter of the law (click through to Burger or Peters’ twitter accounts for more debate).

However, you would have to question what a tackler could do differently in that situation, other than tackle less aggressively. Rugby players are taught to make dominant tackles from a young age and this looks to be a case of just that. Unfortunately there was a huge size mismatch and the shocking – albeit rare – outcome was the smaller player being flipped and landing extremely dangerously.

By all accounts he seems to be okay and is hopefully recovering well from any adverse effects.