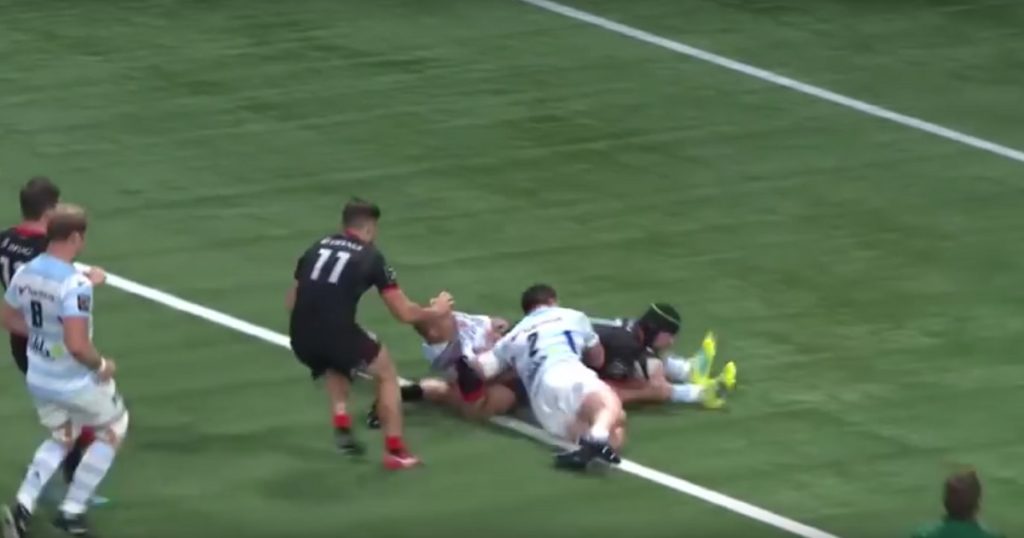 The latest round of the Top 14 season produced yet more action and a few surprise results as Clermont Auvergne saw its lead at the top of the table shrink to just two points.

There were plenty of great tries scored over the course of the weekend, again proving the quality of play across the 14 teams in the league.

The first featured try was that of Clermont centre-turned winger Damien Penaud, who is beginning to put his name in contention for the number 14 shirt for France come the end of year tests.

Penaud showed fantastic athleticism from the restart against La Rochelle to snatch the high ball and streak towards the line. Clermont ultimately lost the match 16-12 but picked up the losing bonus point to remain top of the standings.

Adrian Latorre scored a cracker for Grenoble in their much-needed victory over Bordeaux-Bègles at home. Latorre provided the perfect supporting run and got a bit lucky with the space that opened up for him to latch onto a largely speculative pass inside from winger Daniel Kilioni to touch down.

A Kiwi and Australian combined brilliantly for Lyon’s crucial try against Racing 92. Toby Arnold’s lovely jinking side-step set up Liam Gill nicely to run in for the score, which helped Lyon grind out a narrow 19-13 victory over the Parisians.

Nans Ducuing added a length-of-the-field try for Bordeaux while All Black winger Julian Savea pulled off the off-load of the weekend as he released François Trinh-Duc down the blindside before sending Anthony Meric in for a try in Toulon’s defeat to Montpellier.