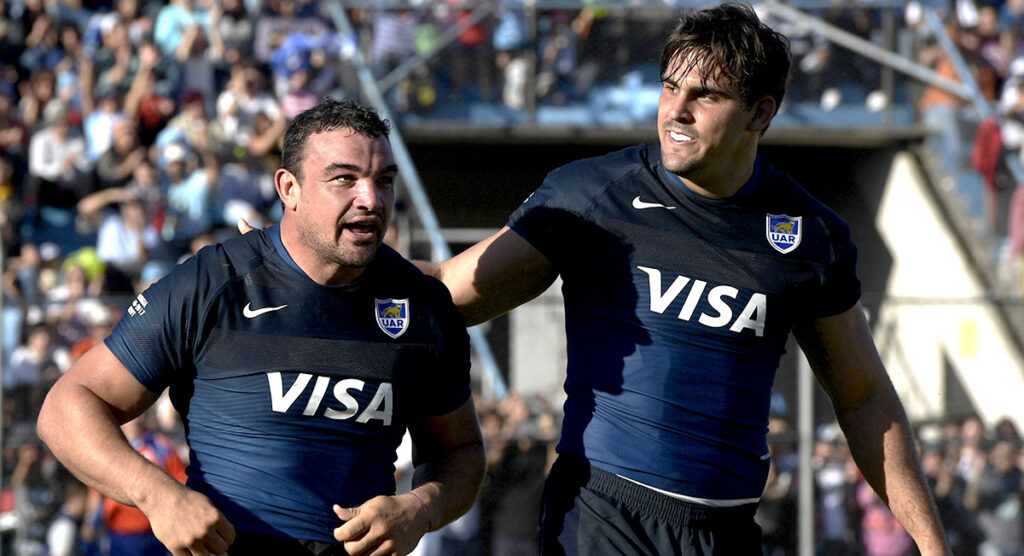 The three players were suspended on Tuesday and Matera was stripped of his captaincy for social media posts shared between 2011 and 2013 that were described by the Argentinian Rugby Union as “discriminatory and xenophobic”.

Argentina’s most capped player and captain Agustín Creevy is one former international to attest to the players’ characters. The current London Irish hooker served as Matera’s captain for the majority of the flanker’s career, although their roles reversed during the latter stages of Creevy’s 89-cap Test career.

Creevy played extensively alongside Matera and Petti for Argentina, and played with Socino with the Jaguares, and said that their Tweets “not represent them at all,” in an Instagram post in response to the recent events.

He also defended the reputation of rugby, which has been dragged through the mud in recent days in Argentina when also regarding the criticism they received for not honouring football legend Diego Maradona appropriately.

It only goes to show that all glory is fleeting in rugby, as Argentina, and particularly Matera, were enshrined in folklore only two weeks ago after their first victory over the All Blacks.

He wrote this message in both Spanish and English:

“I deeply regret what happened this week with regard to Argentinian Rugby. I have the need to express myself with the intention that my words are taken with respect, because it is from a place of respect that I say them,” he said.

“As a group, we know each other. I know Pablo, Guido and Santiago, and I know who they are today. The sordid tweets they wrote years ago do not represent them at all. They have acknowledged it themselves, felt ashamed and apologized.

“All people make mistakes, and athletes are not exempt from that.

“I particularly regret the stigmatization of our sport. I understand that there are behaviors that embarrass all of us who practice it, but this is a sport, like others, practiced by people with errors and virtues. Some serious mistakes, yes, where you have to work to improve, as in all areas.

“Rugby is a beautiful sport, practiced by people who come from different social classes and different parts of the country; I say this because I have lived and experienced it firsthand, it is not a speech or a managed position. Rugby is a meeting point of great diversity, and that is how it should continue to be.

“Let’s try that sport (and if it is rugby, much better) continue to create bridges.”

“All 3 players’ tweets were wrong. I believe in their repentance and in their maturation since they wrote it.

“We have to continue making a deep self-criticism in our sport; this year is showing us that we have to keep improving. For me rugby is not the atrocities that I read or hear; for me, rugby is something incredible and it helps many people to try to be good people and also good athletes.”

This is an ordeal that will tarnish the careers of the three players and something they will carry with them, but they are not being thrown under the bus by their former teammates.

Juan Martín Hernández and Horacio Agulla are yet two more former Pumas that have echoed the sentiments shared by Creevy and Pichot as the players await their punishment.

Their general sentiment was that the players are different people to who they were nine years ago.

“The things that the boys said years ago nobody shares. I think they made a mistake,” tweeted Hernandez.

“I also believe in second chances and in the men they became today by acknowledging their mistakes, apologizing, standing up and taking responsibility.”