Former Bok Hougaard sets his sights on the NFL 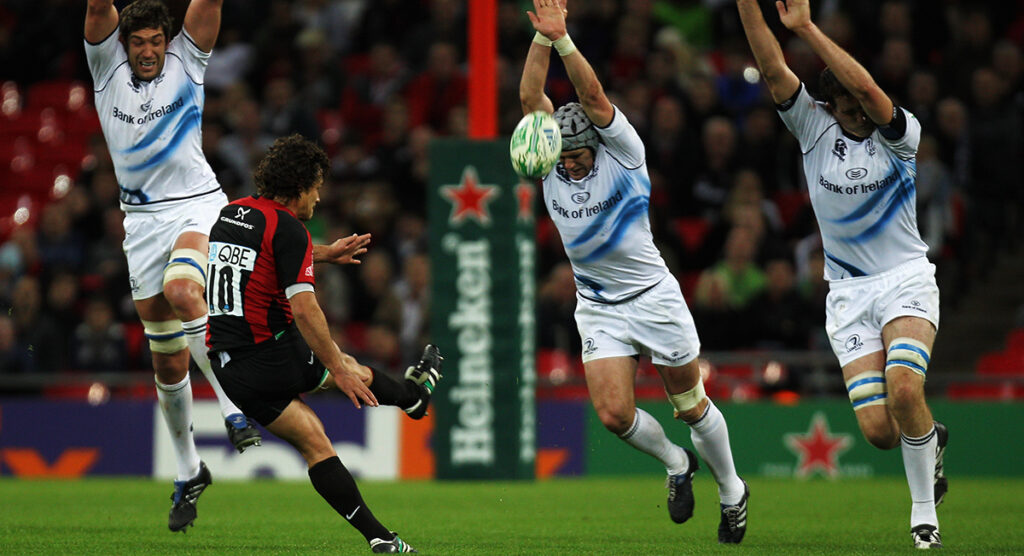 Former Springbok flyhalf and ace kicker Derick Hougaard, once the Liefling of Loftus as a Blue Bulls player, will be turning out at the World Wide Scholarships (WWS) December talent scouting camp as he grabs the opportunity to switch sporting codes from Rugby to American football.

Hougaard, who still holds the record for the number of points scored in a Currie Cup final (26) as well as points scored in a Super Rugby semi-final (27 against the Crusaders), made his debut for the Springboks at age 20 and enjoyed success for the Boks, the Bulls, Leicester Tigers and Saracens in the UK before having his career cut short by serious injury in 2013. He retired from all rugby in 2015.

Now aged 37-years-old, Hougaard said that when he heard that WWS was hosting a mega talent scouting camp in December and bringing out American football talent identification experts from the United States, he just knew he had to be part of the camp.

“I had a great 14 years as a rugby player, but when any athlete has their career cut short by injury there is unfinished business,” said Hougaard.

“Playing sport professionally is a way of life and every professional athlete would prefer to end their career on their own terms. I have played rugby all over the world and ending my career as an American football player in the United States would be a great win for me.”

Hougaard believes he has at least another five years of top-level playing within him.

“All athletes dream of a second chance and this is mine. There are no guarantees in sports, and the COVID-19 pandemic has taught me to not leave my dreams to chance and to rather be but as proactive as possible – I have already ordered a full kit from the US and have begun training to be fit and ready for the trials,” he says.

WWS is the world’s leading African talent linkage organisation, helping international sporting clubs and universities discover young talent on the continent for potentially lucrative opportunities overseas. This year’s WWS talent scouting camp (WWS Scout Camp 2020) will feature American football talent identification for the first time in Africa and will allow local athletes who believe they have the right skills to make it in the NCAA or the NFL to go through a series of non-contact drills to show their ability.

Alongside NFL talent scouts will be Bart Schoeman, WWS director of rugby and former high-performance manager of the Lions rugby franchise. Bart is a well-respected talent identification and development personality in South Africa with links to both professional rugby franchises and the NFL in the United States.

Hougaard was first encouraged to take up gridiron while playing at Saracens in the UK, because of his strong kicking ability.

“American football is famous for being a precise game with little margin for error, which is why they demand incredible kicking accuracy. My injury interrupted any initial thoughts of playing in the NFL, but I couldn’t pass up this opportunity to finally try out for this exciting and highly competitive sport.”

The WWS Scout Camp 2020 will be held from 14 – 18 December at Camp Discovery, 60km from Pretoria. Interested athletes can sign up at www.wwsscoutcamp.com