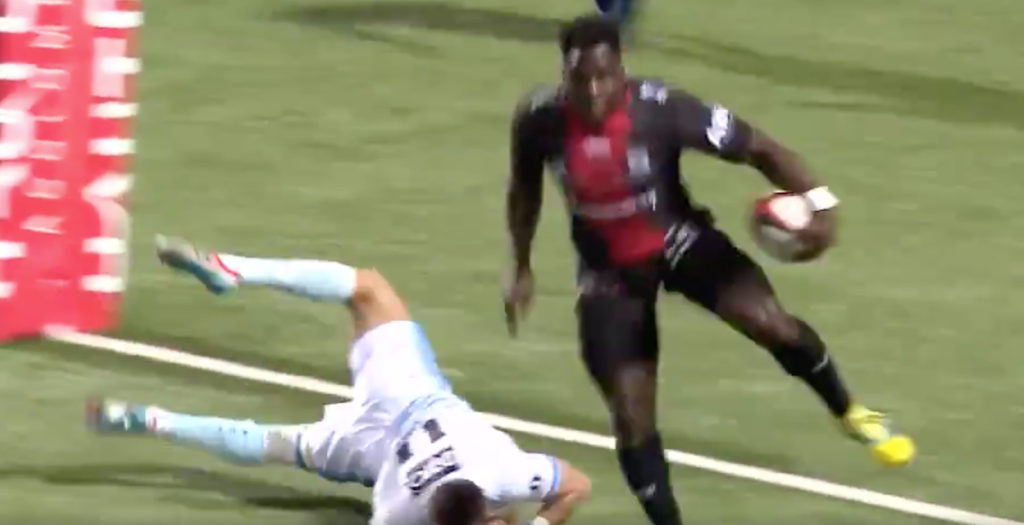 Former Harlequins centre Matt Hopper finished off a crazy 80-metre try for French Pro D2 side Oyonnax in the opening two minutes of a game against Massy.

The ball was kicked through by a Massy player, leaving Oyonnax struggling for space on their own try line.

However following a switch in midfield, one of the Oyonnax wingers showed impressive pace to break down the left hand touchline before giving a two-on-one pass to Hopper, who won a 50-metre foot race to score in the corner.

It took all of 16 seconds for the two Oyonnax players to return the ball 80 metres and score one of the best counter attack tries of the season.

Hopper made 112 appearances for Harlequins over a six-year period before joining the French side in 2017.