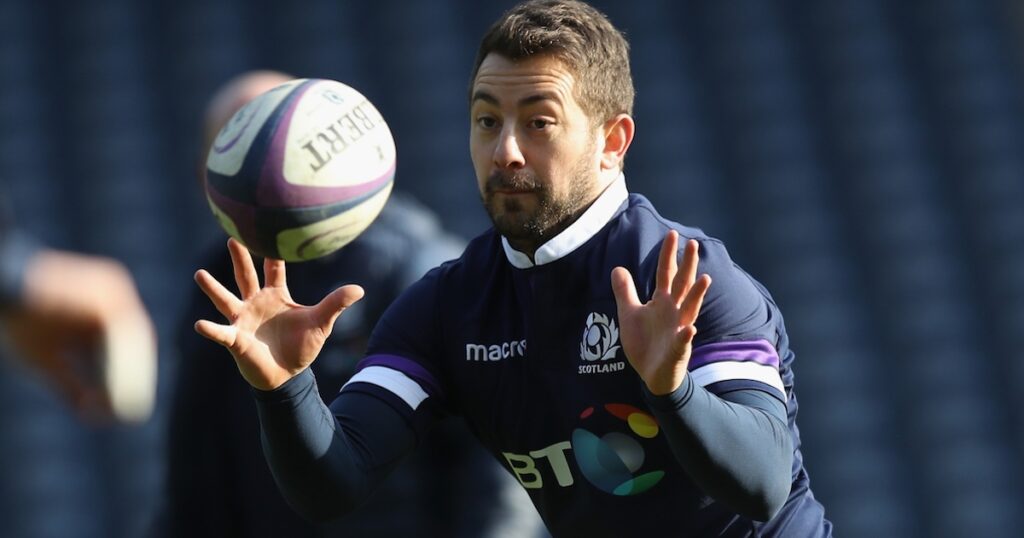 Greig Laidlaw has announced his retirement from international rugby today following a nine-year career, becoming the third Scottish player to hang up his boots this year. The scrum-half, who plays for Clermont Auvergne in France, earned 79 caps for his country, 39 of which as captain.

Speaking of the decision, Laidlaw said: “Emotionally, this decision was incredibly tough however, when I reflected on what I have learned from playing Test level rugby and where Scotland is as a national team, it makes sense.

“Captaining your country to victory is the stuff of childhood dreams. To say I will never again stand in the tunnel, filled with nerves, alongside my rugby family and lead my teammates out on to the pitch at BT Murrayfield, is incredibly hard.

“While my body and heart could continue playing, my head tells me that it’s time to let the team rebuild. In terms of where Scotland is now, they are in a position to spring forward and I cannot wait to give them my full support from the stands.

Laidlaw started his international career in 2010 against New Zealand at Murrayfield, following three seasons as part of the national Sevens set-up. He then went on to become the country’s second highest points scorer, with 714, as well as captain in the Rugby World Cup in 2015.

He was instrumental in that tournament, scoring a vital late try against Samoa in the final group match, to secure a quarter final place.

At club level, Laidlaw plied much of his trade with Edinburgh, starting first at scrum-half before moving to stand-off to accommodate Mike Blair. This formed a long-standing partnership which paved the way for an historic journey to the semi-finals of the Heineken Cup in 2012.

He then moved to Gloucester, winning the European Challenge Cup against Edinburgh at The Stoop, and then to Clermont Auvergne.

Scotland Head Coach, Gregor Townsend added his praise to Laidlaw, saying: “Greig has been an outstanding servant for Scottish rugby, through the passion and skill he displayed when wearing the thistle on his chest and also on the many occasions he led the side.

“That he began his Scotland career at stand-off before claiming the number nine jersey shows what an exceptional rugby player he is and was for Scotland and, to be captain on so many occasions, rightly places him alongside the best players to ever led the national team.”