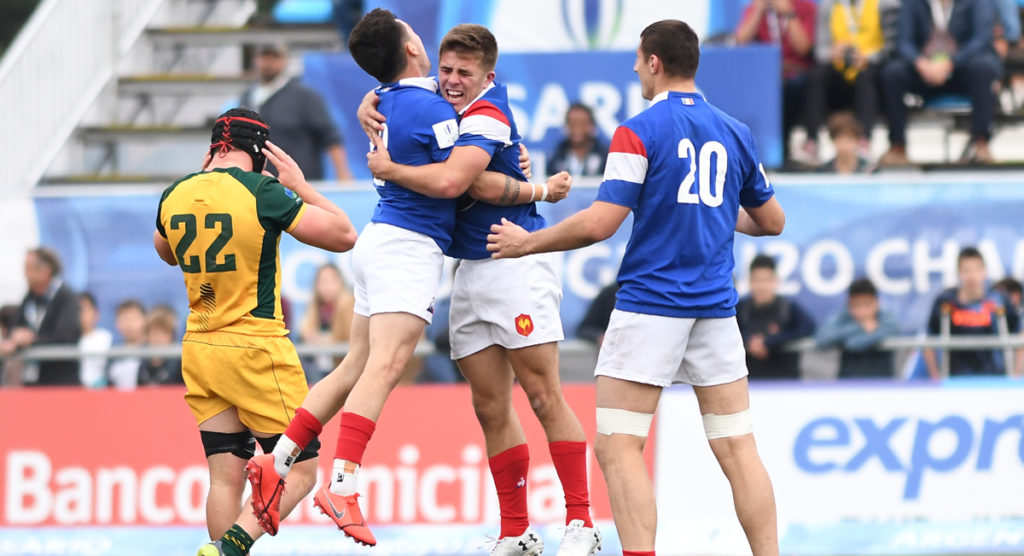 After France retained their World Rugby Under-20 Championship on Saturday, former Scotland captain Andy Nicol made a bold prediction on Twitter.

The former scrum-half said that France were “stick-on winners” for the World Cup in 2023 if they get the right coach.

If France get the right coach, they are stick-on winners for @rugbyworldcup 2023 especially as it is in France!🧐 What you think?? #RWC2023 https://t.co/KAi1wxBbgK

France beat Australia 24-23 on Saturday in Rosario to confirm the widely held opinion that they have the most promising crop of young players coming through in world rugby, more than the All Blacks.

Jacques Brunel has already benefited this season from the services of Romain Ntamack and Demba Bamba, both World Championship winners in 2018, and more will come from that group as well as the most recent winners.

Just going to leave this here

However, for all the talent and promise that France have, they have to be categorised as serial underachievers at Test level.

This past season, they lost to Fiji and finished fourth in a miserable Six Nations campaign. Most of the rugby world are left scratching their head at how a team with so many resources can be so poor, and the blame has largely fallen on Brunel.

That’s where Nicol is correct in pointing out that France need the right coach after the 2019 World Cup if they are to challenge in 2023. Former captain Fabien Galthie is set to take over in 2020, and he has a mountain to climb to bring France back to the top, but he undeniably has the players at his disposal to do so.

With a good system in place over the next four years, and with the 2023 World Cup being in France, it is understandable why some feel France would be firm favourites.

The country’s youth is no better shown than with the recent Top 14 winners, Toulouse, who have a raft of players who are all 25 or under. These names include Antoine Dupont, Thomas Ramos and Cyril Baille, as well as Ntamack and his World Championship winning teammate Lucas Tauzin.

With unpredictability written into the DNA of any French team, Brunel’s side may still have a chance in Japan this year, even if they have been relatively hopeless over the past four years.

However, if things go right, they could host the 2023 tournament as one of the forces again in rugby.