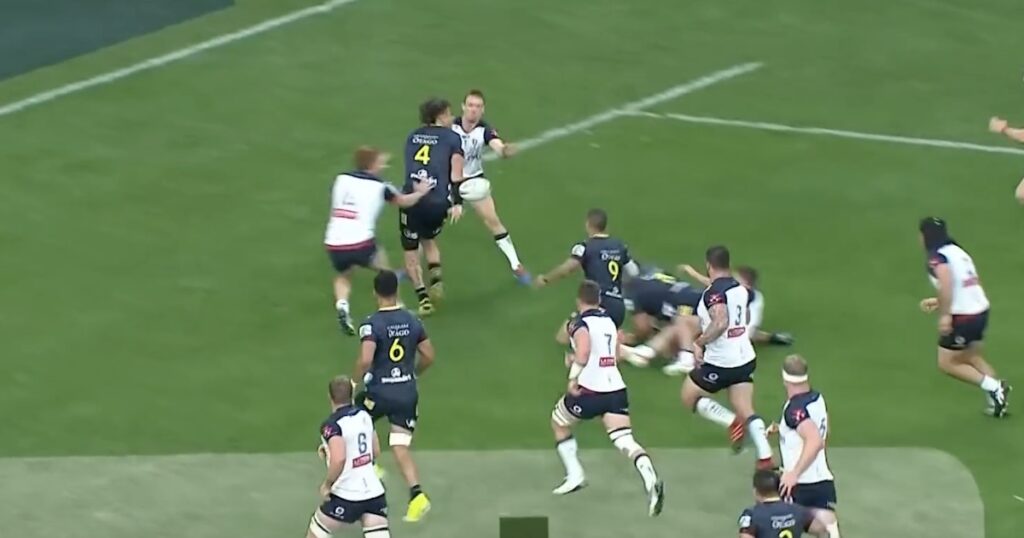 The Highlanders’ difficult Super Rugby season continued as they slipped to a 28-22 defeat at home to the Rebels in Dunedin. But the home side did score a superb try from Aaron Smith on the brink of half-time to bring some life to the contest.

The hosts failed to get off to the best start and trailed their Aussie rivals 21-0 after 20 minutes, but responded first through Josh McKay’s try before Smith finished a fantastic passage of play combining forwards and backs alike.

Hooker Ash Dixon was the one who initiated the move with a cute flat pass to fellow front-rower Siate Tokolahi, who in turn made good ground deep in the opposition 22.

Tokolahi then offloaded in the tackle to second-rower Jesse Parete who then slipped in a lovely reverse pass for the on-rushing Smith who went in for the try.

Along with the conversion from Josh Ioane gave the Highlanders a sniff of the lead at the half-time break, going in 21-14. But the home side ultimately left themselves with too much to do in the second period despite a third try from Scott Gregory and Ioane penalty.

The Rebels, deserving of their advantage at the break, consolidated their superiority with their fourth try through Andrew Kellaway’s second – having already touched down in the first half.

The result leaves the Highlanders still at the bottom of the New Zealand conference, having recorded just one win, while the Rebels sit second in the Australian conference, five points behind leaders the Brumbies.