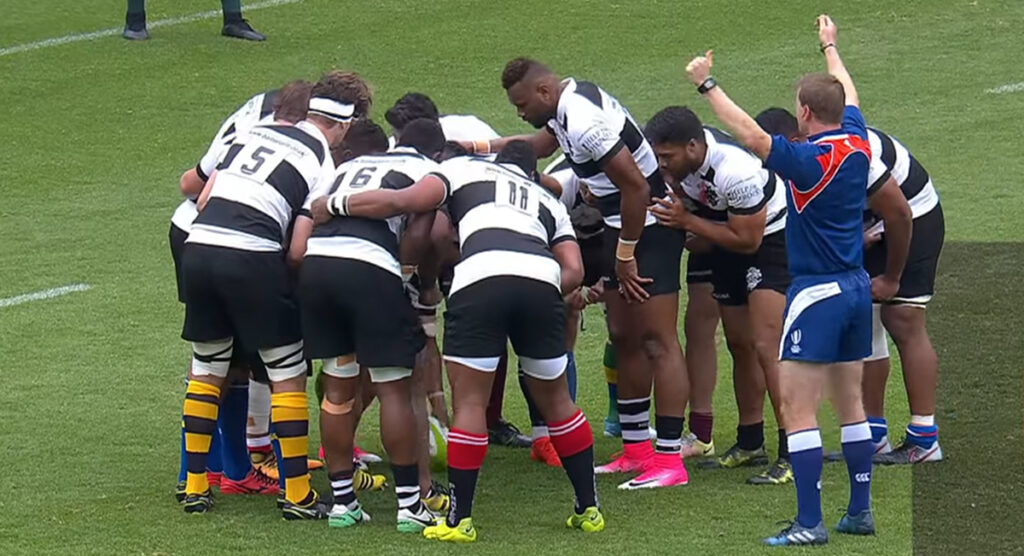 While rugby has become ever more professional and competitions and calendars are debated to the nth degree, one aspect of the game which remains close to its roots is the Barbarians. Typified by its squad culture and attacking ambition, it is a unique club which reminds us all why we love the sport.

Throughout the years, the Baa-Baas have produced some of the most exciting rugby contests in history, and some of the most memorable tries as well. We take a look at four classic encounters from years gone by.

Playing against your own country must surely be one of the strangest, conflicting emotions of a player’s career, but for Chris Ashton, it was a rather successful outing at Twickenham in 2018.

Not featuring as part of Eddie Jones’ squad at the time, Ashton picked up a hat-trick on home soil as the Barbarians ran riot over a reasonably experimental England.

Fijian star Semi Radradra also played a blinder of a match, and Scotland’s Finn Russell continued to wreak havoc for Jones’ men (having dismantled them in the 6 Nations encounter at Murrayfield in February).

The best known try scored by the Barbarians, against New Zealand in 1973 by Welsh scrum-half Gareth Edwards. It’s easy to believe – especially those of have recently discovered this try – that this was a match-deciding effort when in fact, it was in the very early stages of the game.

The iconic commentary of Cliff Morgan also adds to the nostalgia and will surely go down as one of the most recognisable moments in rugby.

In 1990, the Barbarians played Wales at the Cardiff Arms Park and it turned out to be something of a classic encounter between the two sides. Kiwi centre ‘Smokin’ Joe Stanley scored a ripper of a try, set up by the flamboyant and always entertaining French winger Philippe Lafond.

Up the Jumper “try” but Wallabies edge the win (Australia, 2017)

When you watch the Barbarians, you expect the unexpected. And this is what happened in 2017, when Taniela Tupou thought he’d scored sticking the ball up his jersey on his way to the line.

The move was ruled as unsportsmanlike behaviour and against a law which had been implemented in the 1970s after a similar incident resulted in a try.

Can you think of any other classic BaaBaas matches we should have listed here? Let us know in the comments below!