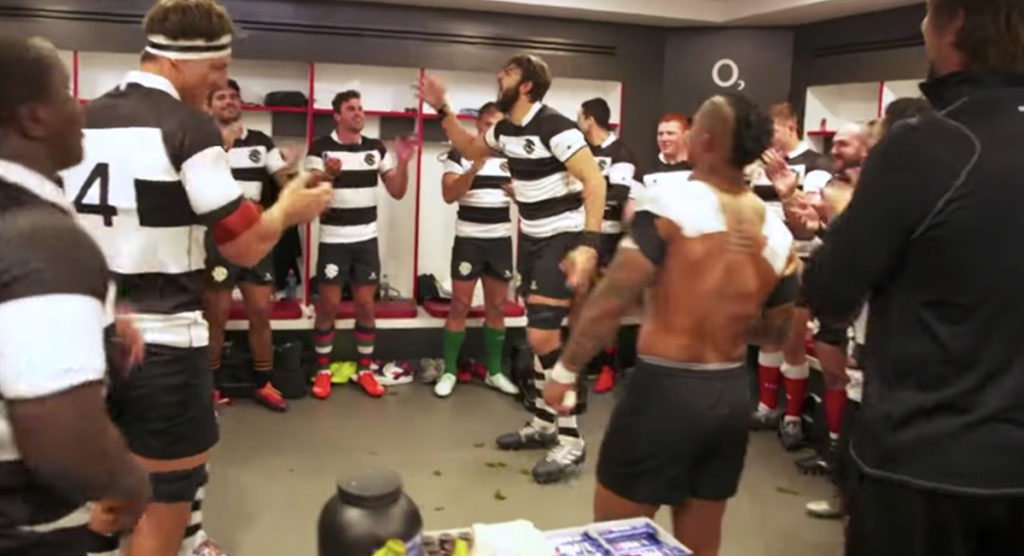 A late Elton Jantjies drop goal sealed the thrilling 38-35 come from behind victory over Argentina on Saturday. As usual, the Barbarians contest didn’t fail to provide plenty of entertainment, starting pre-match the Springbok-heavy squad’s hype up chant.

Cameras captured Hooker Malcolm Marx being serenaded with a slightly different rendition of “She’ll be Coming Round the Mountain.”

With years of great spirit and tradition, it’s no surprise that players and coaches consider it a great honour to be included in the historic side.

Coach Rassie Erasmus said: “A lot of people have asked how can you squeeze another game at the end of a long season, but we see this as an honour to be a part of… But the week is also a reward because it is not as tense, you enjoy it with the boys and can have a few beers.”

As for the match, ironically, it was Argentina international Juan Manuel Leguizamon that got the scoring started for the Baa-Baas. Argentina quickly bounced back with tries to Matias Orlando and Ramiro Moyano. Two more tries pushed the lead to 28-7. But a penalty try got the Barbarians back on track before the half.

Second half tries to Siya Kolisi and Damian De Allende got the Barbarians back within striking distance.

Lood de Jager then made good on his pre-match enthusiasm with a late try that helped complete the comeback. All that was left was for Elton Janites to slide back in position for his winning drop goal with a minute and a half remaining.

As for Argentina, even though they haven’t recorded a win since beating Australia in mid-September, it was a good chance for Mario Ledesma to blood some new players before next year’s World Cup. To this end, he made 10 changes, including several Uner-20 players.

Other notable news is that former All Black and skipper for the day Wyatt Crockett put in a solid 44 minutes before being subbed for the last time, as he’s called time on his illustrious international career.