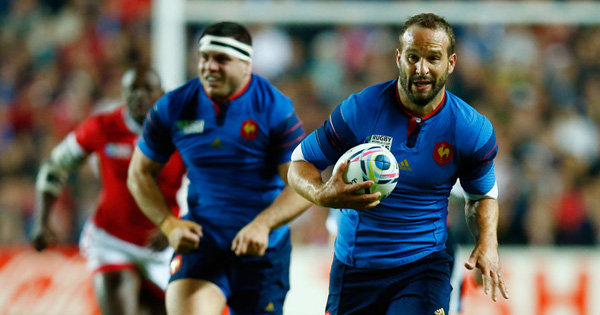 Frederic Michalak was in sublime form as France dismantled Canada in a thoroughly entertaining game at Stadium MK. Canada played a fantastic brand of attacking rugby, but France’s power showed and they ultimately came away with a 41-18 victory.

France got up to a 17-0 lead but that didn’t deter Canada, as they spun the ball wide and with DTH van der Merwe again integral to their success, they scored two quick tries.

The official highlights (above) don’t really do the tries any justice, but they came from deep with multiple phases of play, great offloading and well timed support running. They chewed up the turf with ease.

“I was a bit stressed because you never know with the French way, what will happen,” said France’s coach Philippe Saint-Andre after the match.

The 2011 finalists took control of things in the second half though, and now find themselves top of Pool D on 14 points. In second place are Ireland, who face Italy on Sunday. 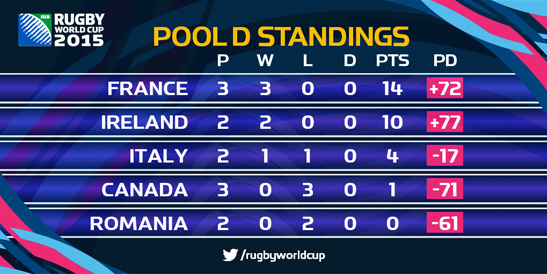 Michalak, who set up the opening try for Wesley Fofana, made this break and perfectly placed kick for the midway through the first half, but the center unfortunately wasn’t able to gather.