French centre goes unpunished after doing this to lucky Springbok 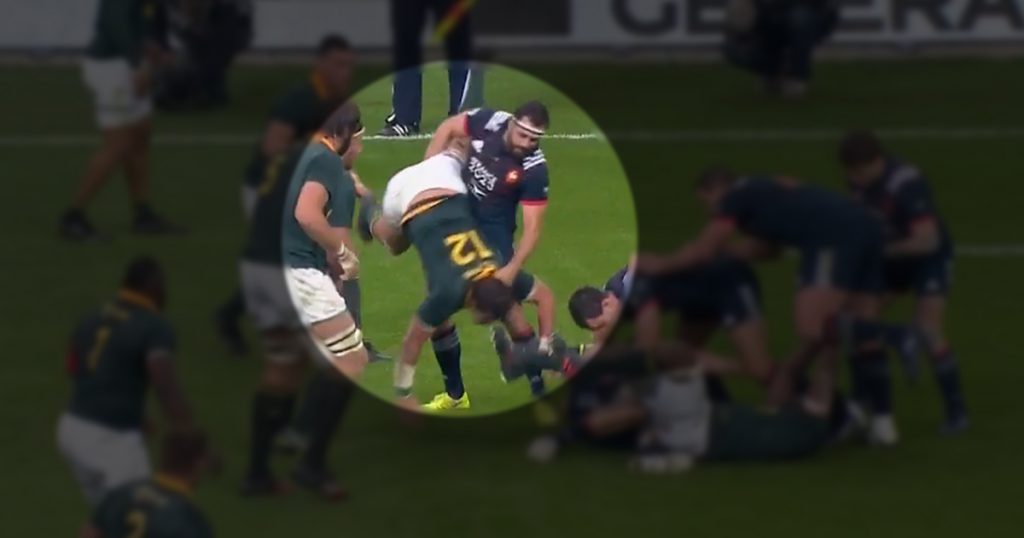 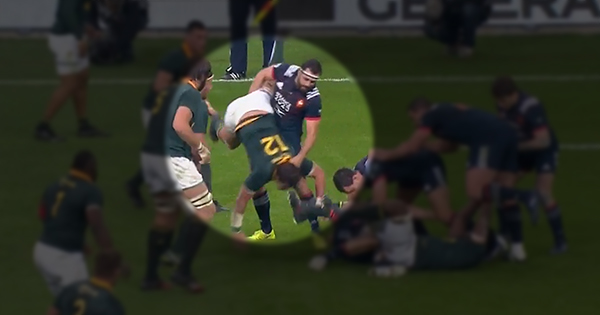 French centre Geoffrey Doumayrou should be taking out a lottery ticket after Saturday’s match in Paris. While the home side narrowly lost 18-17 to South Africa, it could have been worse if the officials had spotted what he did to Francois Venter off the ball.

Neither referee Nigel Owens nor his assistants spotted the incident, but it was quite clear to see Doumayrou grab Venter between the legs and lift him past the horizontal, before tossing him to the floor, where he landed on as most TMO’s would describe it, his head or neck.

Venter appeared to avoid injury and escape unscathed, but it’s the type of challenge that has been heavily clamped down on of late, with us seeing many similar incidents resulting in cards and bans.

In this case, it looks as though he got away with it, and France scored their first try of the match literally a minute later. A yellow or red card at that time may have prevented that, and made the Springboks’ task ever easier, against a determined and desperate France side.

There has been no citing or mention of it since the game, so perhaps there was nothing in it. But in the 2017 era of players being red carded and banned for far tamer challenges, it comes as a bit of a surprise that this particular challenge was overlooked.