Bollywood's violently dramatic take on Rugby is out of this world 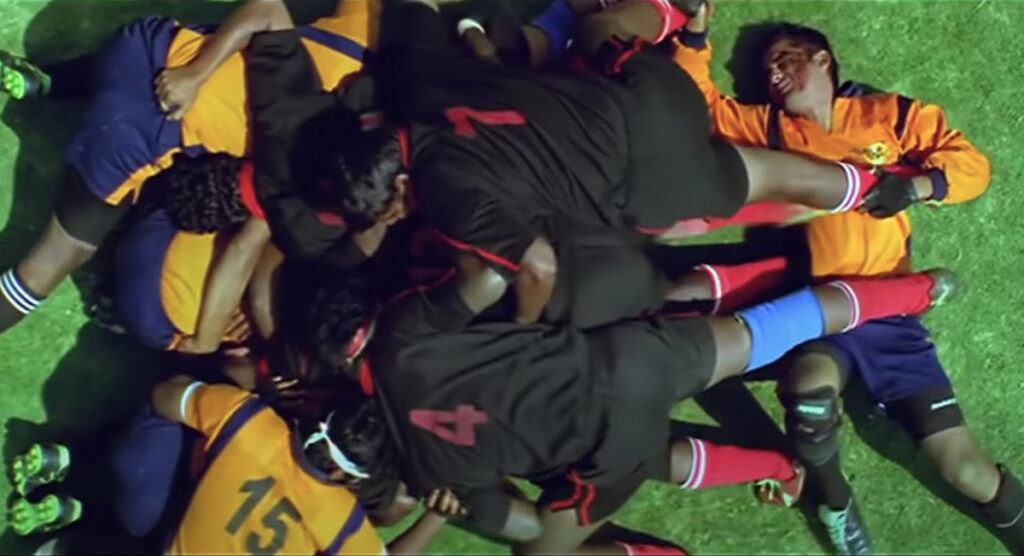 This week some videos surfaced featuring clips from a ten year old Indian movie that had a rugby back story. Above is one such video, and it’s fascinating to say the least. With kicks to the face, extreme rucking and WWE style bodyslams, Bollywood rugby is a must watch.

The film is called Sye and was made in 2004. It’s actually not from Bollywood, but from Tollywood, which means it’s made in the Telugu language which is favoured in certain regions of India. Whatever the case, it’s dramatic, violent, amusing and frightening all at once.

Some of the handling is actually pretty good, but the exaggerated aggression is hilarious.