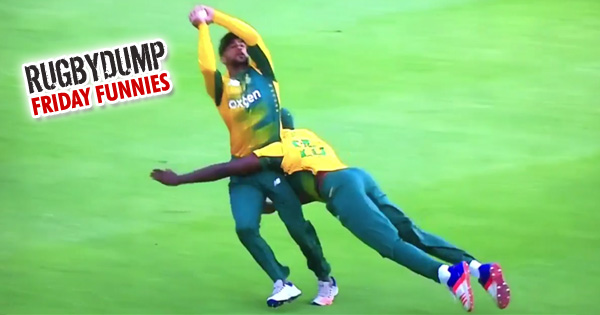 To those that don’t understand it, cricket might seem like a bit of a boring sport. To fix that, it looks like some of the players have identified what it’s missing – tackling. As you can see above, this is a tweet that we received from tackling machine Jacques Burger earlier today.

He was impressed with Kagiso Rabada’s effort here on JP Duminy during the 1st T20 match against England in Cape Town. Rabada was obviously going for a catch so had his eyes on the ball, but Duminy wasn’t budging, and did extremely well to hang onto it considering the hit that was put in!

Thanks to Jacques, who when he isn’t making tackles, is clearly scouring the globe for them