Friday Funnies - Up and under hits Prop Owen Franks square on the head! 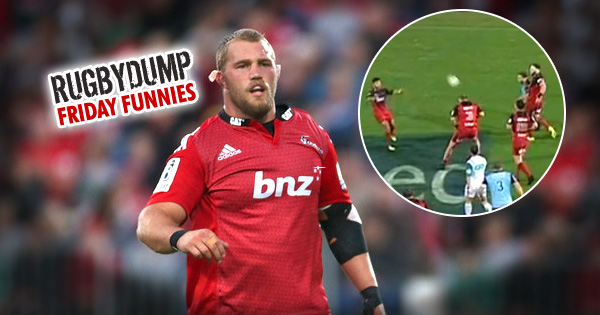 Today Owen Franks found out the hard way that while the backs are doing their thing playing kicksies, you still need to pay attention to the flight of the ball, or you’ll end up being the recipient of the falcon of the season.

Then again, being the hardened front rower he is, he probably barely noticed. Israel Dagg looked grateful though, as it ricocheted straight to him so he could continue the aerial ping pong.

A near identical thing actually happened to Premiership prop recently, as Moldovan Vadim Cobilas also couldn’t avoid the high ball and took it square on the melon. And back in 2008 Italian prop Andrea Lo Cicero was actually leaving the field when he got hit on the back of the head.

View more classic falcons in the Related Posts below