From Nakarawa to SBW: some of the best EVER offloads 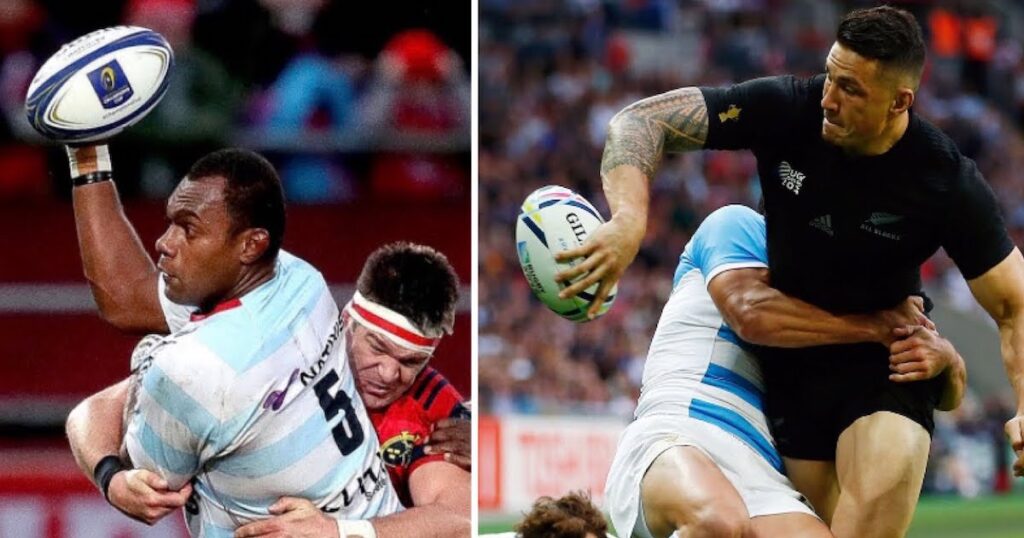 We all love a good offload don’t we? It’s part of the artistic flair of a player but also an important part of creating space and manipulating defences. Some are subtle, while others are just plain ridiculous.

Thanks to Rugby Jubbly, we are treated with some of the best offloads the game has produced over the years, from flamboyant Fijian Leone Nakarawa to the mercurial Sonny Bill Williams among many others.

The Fijians will naturally take the limelight as they are raised in no uncertain terms to offload and find space as often as they can. The skill level displayed by the South Sea Islanders is almost unparalleled.

Offloads which set up tries are perhaps the most satisfying to watch, particularly the high risk ones as it ultimately worth the risk when your team bags five points. Edinburgh’s Fijian star Bill Mata has proven very adept in this area.

And although often seen as an unnecessary – and often too risky – pass, the ‘between-the-legs’ option actually has a tactical element to it. The likes of Brian O’Driscoll and Carlos Spencer have brought this pass out, often when their body is in a vulnerable attacking position, which means the spectacular ‘hotdog’ pass is the perfect way to keep the ball alive while creating space for the outside player.

So, have a drool at these superb efforts.

From Nakarawa to SBW: some of the best EVER offloads | RugbyDump - Rugby News & Videos