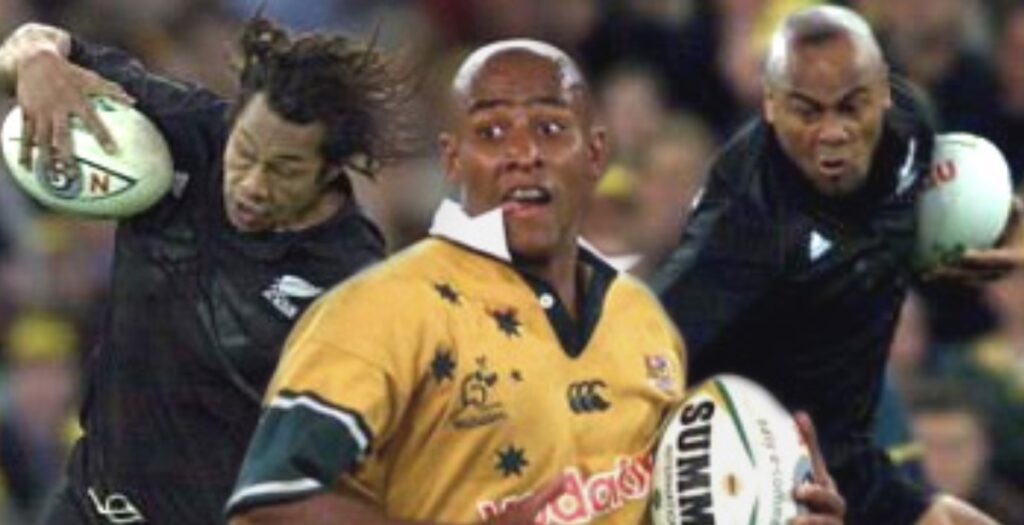 In front of a World Record attendance of 109,874 fans in July 2000, Stadium Australia witnessed one of the greatest games of rugby to ever be played.

The All Blacks vs the Wallabies in Bledisloe One will forever be remembered for the epic nature of a contest that was an incredible advert for rugby. It was a thrilling game that went back and forward right into overtime.

New Zealand got off to a fyling start with stars like Christian Cullen, Jonah Lomu and Tana Umaga terrorising the Aussies with some quickfire tries, taking the score to 24-0 after six minutes.

However Australia staged a remarkable come through two Stirling Mortlock tries and by half time the scores were level at 24-24.

After the break the Wallabies took the lead with a penalty, before Justin Marshall scored a brilliant individual try to cancel out their efforts.

And when Jeremy Paul scored for the Wallabies with time almost up, it looked like they had pulled off a memorable comeback that the hosts would celebrate for years to come. It looked as though the game would end 35-34, with the courageous Wallabies coming out on top.

But superstar Jonah Lomu put a dampener on the Australian celebrations, scoring a dramatic late try that came from an excellent pass over the top by Taine Randell. The big man got the space he needed and brushed off Stephen Larkham’s attempted tackle with ease, going over to clinch victory.

One of the games of the century, this Tri Nations classic will be remembered for years to come as a fiercely contested battle that went back and forth for the full 82 mins.