FULL MATCH: Scotland and Samoa go down to the wire in 2015 World Cup thriller 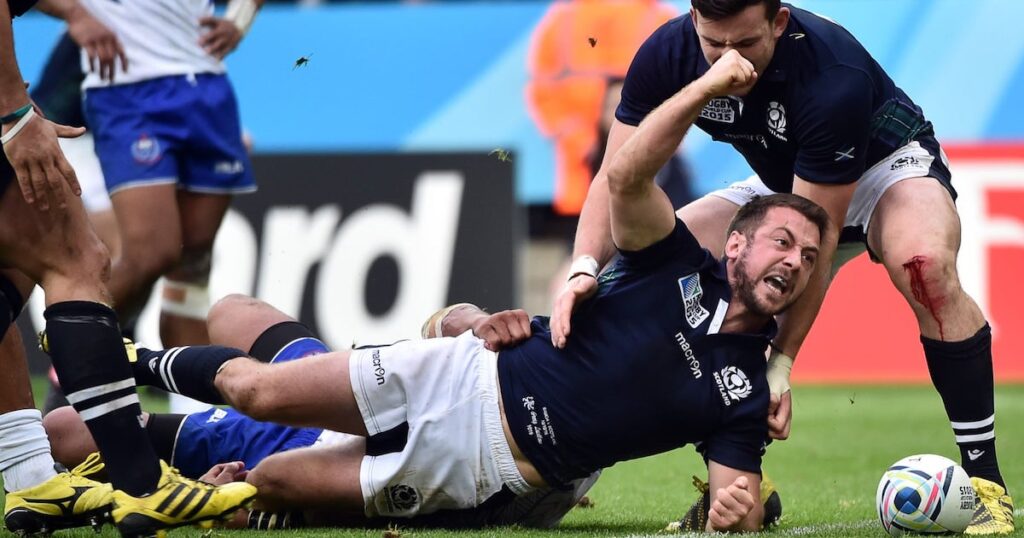 World Rugby continues to be a force for good during the lockdown period by providing a number of full matches from its Rugby World Cup archives [STOP READING NOW TO AVOID SPOILER]. It’s time to look back on Scotland’s last-gasp victory over Samoa in the 2015 edition in Newcastle.

The penultimate match in Pool B – which had already produced the upset of the tournament when Japan beat South Africa – between the two sides was a must-win for the Scots if they had any ambitions of reaching the quarter finals.

On paper, Vern Cotter’s side were clear favourites despite having lost to the Springboks the previous week. The Samoans on the other hand, had been disappointing and had nothing to lose.

Which made them incredibly dangerous in attack, as Scotland found out throughout the first half. An open game which suited Samoa more than it did Scotland gave Tusi Pisi the opening try after 10 minutes, after dominating possession since the kick-off.

Scotland hit back immediately after the restart and touched down through Tommy Seymour, but that only allowed Samoa to score within seconds of the next restart, this time via Manu Leiataua to make the score 15-10.

It was an end to end game which Samoa bossed throughout the whole first half. They added a third try and would have secured the bonus point before the end of the half had it not been disallowed by referee Jaco Peyper for a blocking offence.

Scotland were happy to get to the changing rooms still in touch. The boot of Greig Laidlaw and a second try through John Hardie meant that they trailed 26-23 at the break.

Things were a lot less frantic but nonetheless tense in the second period, as both teams seemed to tighten up at the stakes were raised. Laidlaw’s kicking moved the Scots into a 29-26 lead late into the game, and the scrum half scored a crucial try to give his side some breathing room.

That looked to be that until Motu Matu’u bagged another try for Samoa three minutes from time to ensure a grandstand finish to the game. Scotland, however, held on and would go on to play a sensational and infamous quarter final against Australia at Twickenham the following week.