Future All Blacks? Here are the standout stars of Super Rugby Aotearoa 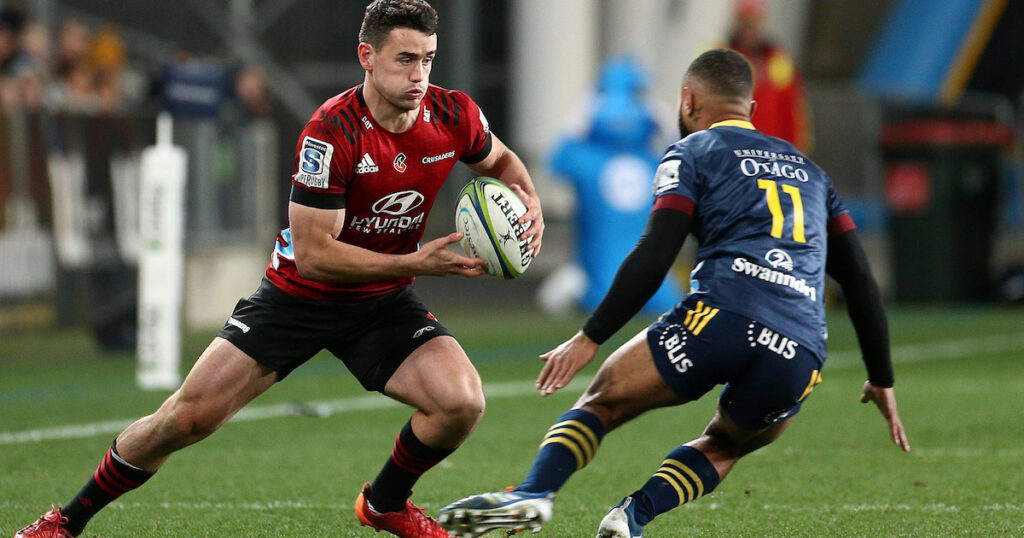 It goes without saying that Super Rugby Aotearoa went down as a big success, not just for post-COVID sporting activities, but also for New Zealand to showcase some of the rising stars of its franchises. Across the board, there were some sensational performances, a major breakthrough at 15 and a lot to whet our appetites for the future.

The role of centre in the All Blacks is synonymous with the likes of Ma’a Nonu, Conrad Smith and Tana Umaga, and the latest player to show his worth shares part of the latter’s surname.

Peter Umaga-Jensen has been something of a revelation for the Hurricanes. A solid midfield player, Umaga-Jensen has the attacking nouse and speed to prove a thorn in the side of any team’s defence while his upper-body strength allows easy gainline metres.

Out on the wing, Caleb Clarke for the Blues has been exceptional to watch, particularly in broken play. Like most wingers these days, he is built well but his speed and especially his acceleration rather than physicality is what does his opponents. Clarke ran 348 metres over the course of the season and wreaked havoc for a rejuvenated Blues outfit.

Undoubtedly, the star of Super Rugby Aotearoa was Will Jordan of the Crusaders. The stats say it all really: a mammoth 724 metres run by the full-back, six tries, 88 carries and 39 defenders beaten across the season. His strike rate was incredible and his eye for clean space and support runners is the clearest proof yet that Jordan in a black jersey is only a matter of time.

In the forwards, the Hurricanes’ Devan Flanders has shown fantastic form in the loose as well as a degree of flair when it comes to offloading. The back-rower also has a good step and keeps those all-important legs pumping all day long.

Lachlan Boshier was outstanding in an otherwise disappointing Chiefs side, particularly in defence. His work around the breakdown and strength in the tackle zone has arguably helped the Chiefs out of tricky situations in their own half.