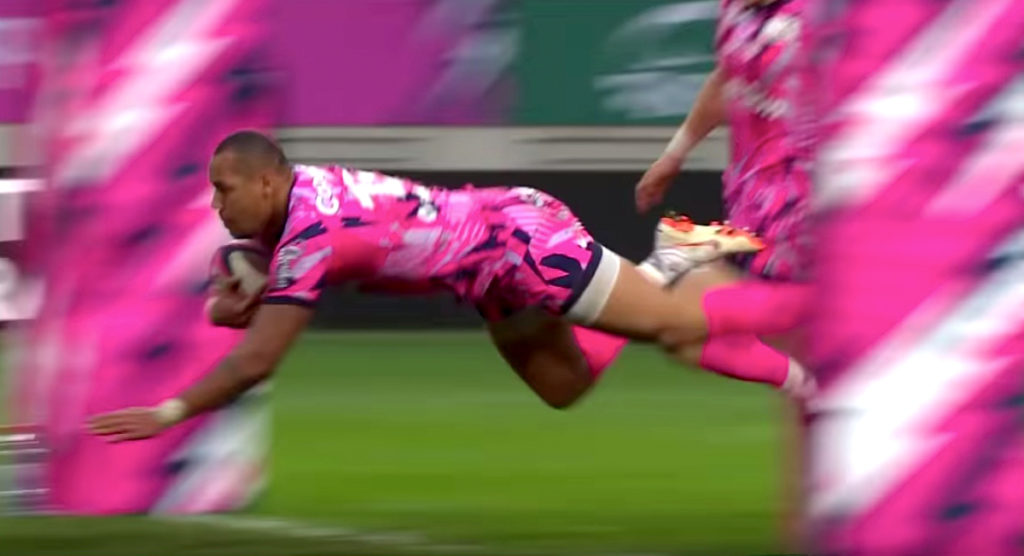 Stade Francais and France back Gael Fickou scored another high quality try at the weekend, taking advantage of some sloppy forward defence in the midfield. The try helped Stade to a 27-8 victory over winless Perpignan.

The bonus-point win for the home side helped them to climb into fourth place on the Top 14 log.

There was a slight setback when Sekou Makalou was yellow carded for leading with the elbow into a carry (see highlights recap down below), but it mattered none as the Parisians actually scored a try during that period, taking them into a 13-3 halftime lead.

Perpignan obviously came out of the changeroom feeling a bit sluggish as just two minutes into the second half, centre Fickou was able to carve up an opening in the defence, as he slipped through two tight forwards before having to step two backs.

While the 50m try featured some sloppy tackling – surely that Perpignan lock was carrying an injury – it was a lovely run and another example of how dangerous Fickou can be with ball in hand and a little bit of space at his disposal.

Full highlights recap, with Makalou elbow and a lovely consolation try by Perpignan.