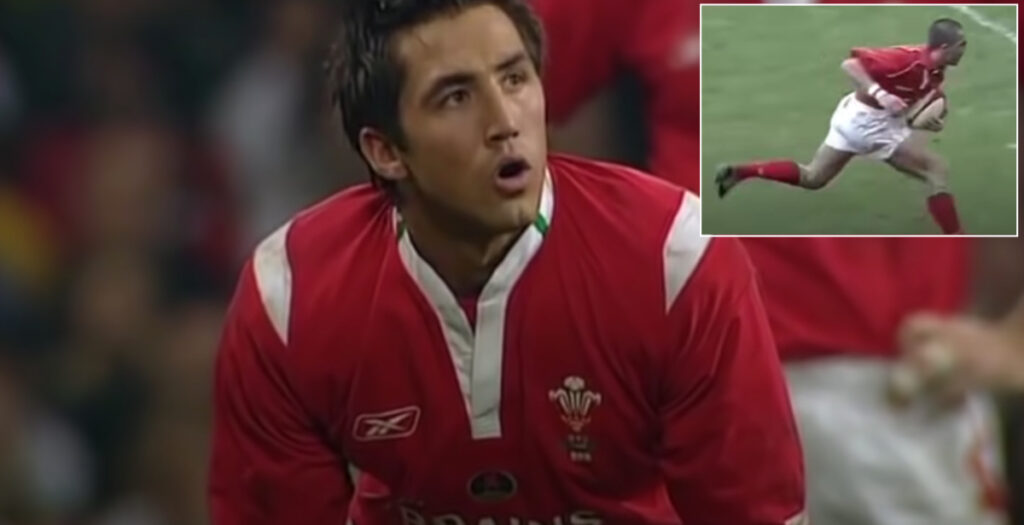 An awesome new video montage has emerged of Wales legend Gavin Henson’s very best moments throughout his illustrious career for club and country.

Now 38, Henson retired from the game in 2019 after almost 20 years in professional rugby and will be best remembered by Welsh fans for his spiky hair and silver boots in the early naughties.

One of his most famous performances came in 2005 when Henson scored an epic late penalty to beat England in the Six Nations in Cardiff and the welshman went on to earn 33 caps for his country in total.

Henson also played under Sir Clive Woodward on the 2005 British & Irish Lions tour to New Zealand and represented a whopping 10 clubs throughout his career.

As well as his huge kicking range, the utility back was also known for putting in huge shots on the opposition and having an amazing amount of all-round talent, which is evident in this new five-minute video: