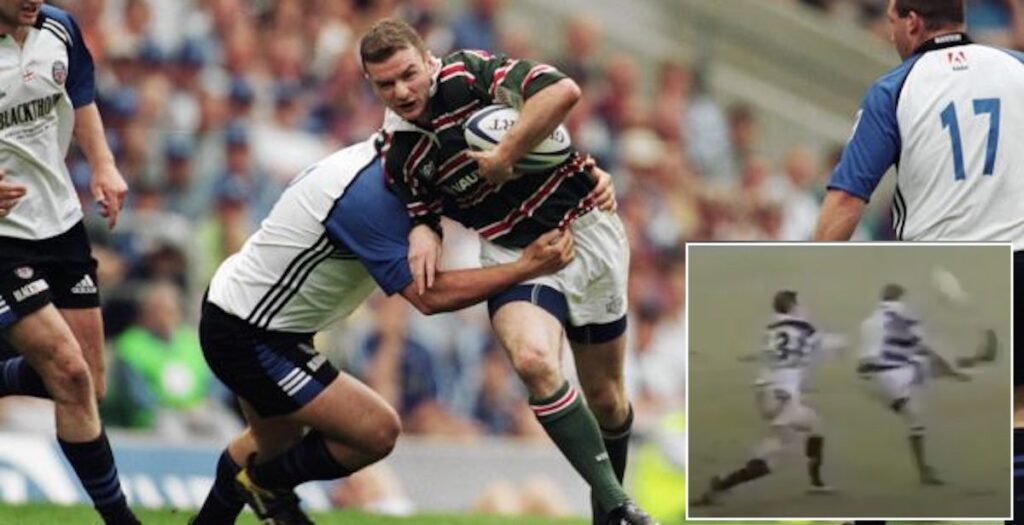 Back in 2001 Leicester Tigers legend Geordan Murphy produced a brilliant overhead kick to almost set up a wonderful try against Swansea in the Heineken Cup.

The young winger received the ball in midfield, pivoted and kicked the ball over the Swansea defence for his centre Leon Lloyd to chase.

Despite the ball going slightly too far for Lloyd, the inventive play by Murphy was a sign of things to come for the Irishman and he went on to play more than 300 times for Leicester, making him a club legend.