George Ford questions referee decision only to get a sarcastic response 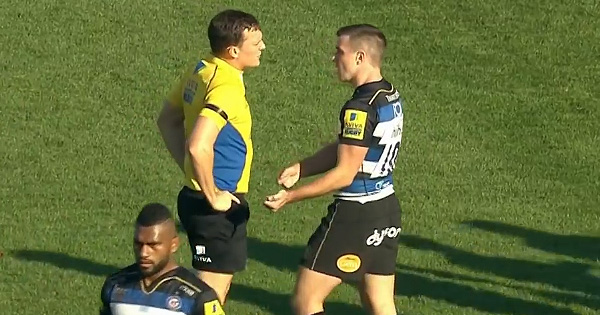 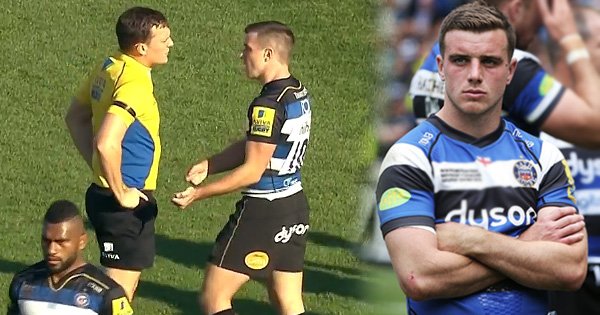 ‘The referee’s decision is always correct’. This is what we’re taught as youngsters anyway, but nowadays officials are in the unenviable position of being shown up by not only television replays, but in one infamous recent case, their own bosses. So players question everything. It’s becoming a problem, and this particular referee couldn’t resist saying something about it.

When Bath flyhalf George Ford questioned Matt Carley’s decision during the weekend’s Aviva Premiership match against Harlequins, the referee hit back with a sarcastic response.

Yes, it came across as a bit harsh, and the awkward stare down that ensued felt like it lasted for minutes, but as can be seen, the pass was forward and Ford should never have questioned it. As the ref said, it’s not as if he’d change his decision just because he got a mouthful in his ear.

While this is a fairly innocuous interaction and really just a harmless, amusing moment from the weekend, there are a few interesting things to point out that could make it a bit of a talking point.

The first offence: Ford was in the wrong, not only with his pass, but more significantly with his attitude towards the referee who as we all know by now, should command a bit more respect. Players really do need to stop flailing arms and questioning decisions. It sets a bad example.

The referees tone: Should Carley have been a bit more professional? It’s easy to overlook Ford and be taken aback by the sarky response of the referee. He was clearly trying to make a point, but lowered himself by not maintaining a better air of authority.

What if Nigel Owens said it? Owens has done similar things before, telling players ‘This is not soccer’, as well as various other well-constructed one liners. The difference though is not what is said, but how it is said, and perhaps that’s why Carley’s retort hasn’t gone done well with some.