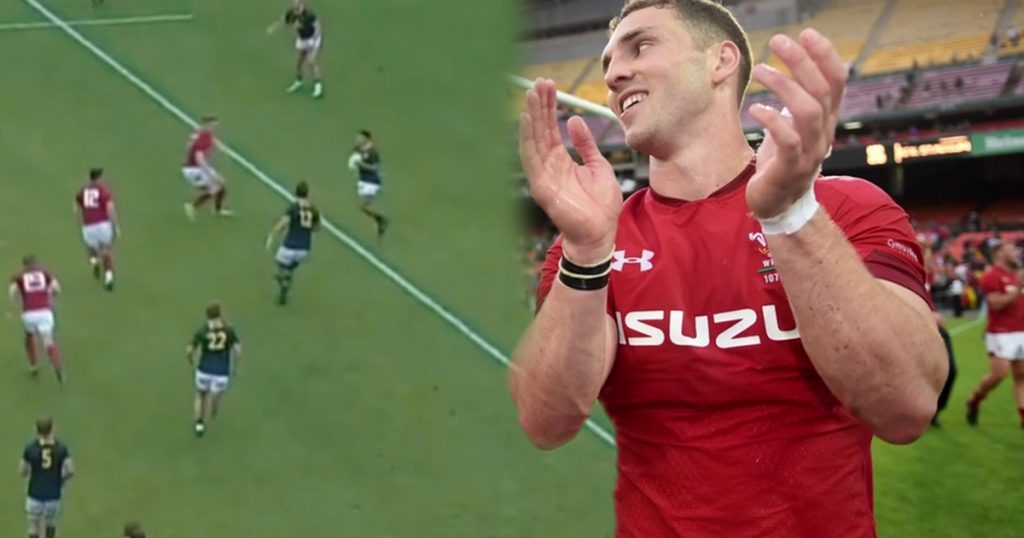 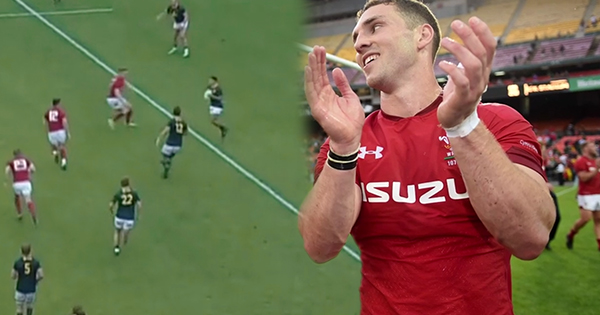 George North capped off Wales’ 22-20 win over South Africa in Washington DC with this monster tackle late in the game, shutting down a possible counter-attack and last-minute comeback. While North was playing in the midfield, he will move back to the wing this weekend.

Wales snatched the win late in the game after two charge downs on replacement flyhalf Robert du Preez, who had a shocking few minutes and a Test debut he would rather forget.

He was the 12th South African debutant on the day, with his performance summing up the overall showing, from a young side that will look very different when the Springboks take on England this coming weekend.

Wales also fielded a lot of youngsters but North, now a veteran of 74 Tests at the age of just 26, showed his experience when he flew in to make this stop tackle and smash young Embrose Papier.

It was described as a ‘monster hit’ and it too came from an unforgiving Du Preez pass, just minutes after he had been charged down twice, allowing Wales to score the all important winning try.

Du Preez obviously spotted the three-man overlap out wide, so if Papier had managed to shift it, who knows what might have happened in those closing minutes.

While North played at centre in the USA, he will move back to his more familiar role on the wing when Wales face Argentina this coming weekend in San Juan.