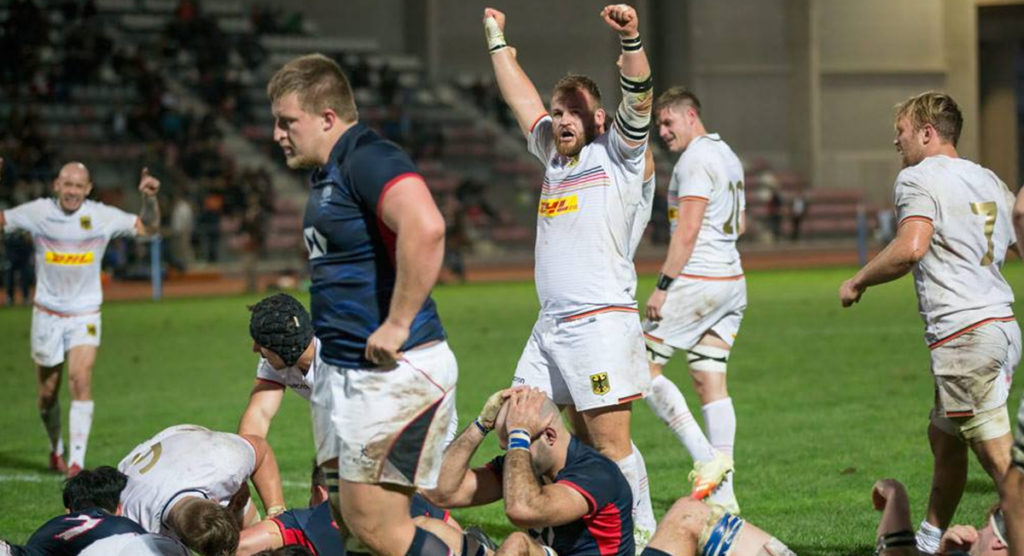 Germany has made big strides in their quest to be at Rugby World Cup 2019 in Japan after they upset top seeds Hong Kong 29-6 in Marseille on Sunday. Earlier, Canada made light work of Kenya in their quest to attend yet another RWC.

The Repechage is the last-chance opportunity for teams to make it to the world cup, as four sides play in a round-robin format tournament. Hong Kong, Canada, Germany and Kenya are the four sides competing.

The overall winner will join Pool B at the world cup, alongside New Zealand, South Africa, Italy and Namibia.

A powerful second-half display saw Germany triumph over a side who were ranked eight places higher than them in the World Rugby Rankings going into the match.

“That was an extremely intense 80 minutes. The first 40 was a bit equal and then I think maybe our fitness got us towards the end, the last 20. Our subs came on and put in a massive effort. It was 100 per cent fight, as well as a little bit of belief and probably preparation,” said Germany captain Michael Poppmeier.

Canada also made a winning start to the tournament as they bid to preserve their record of having appeared in every Rugby World Cup, scoring 10 tries in a 65-19 defeat of Kenya in which winger DTH van der Merwe scored the first hat-trick of his Test career.

The action continues next Saturday, when Hong Kong will look to bounce back against Kenya at 13:00 local time (GMT+1) and Canada tackle Germany in a battle of the unbeaten teams at 16:00.