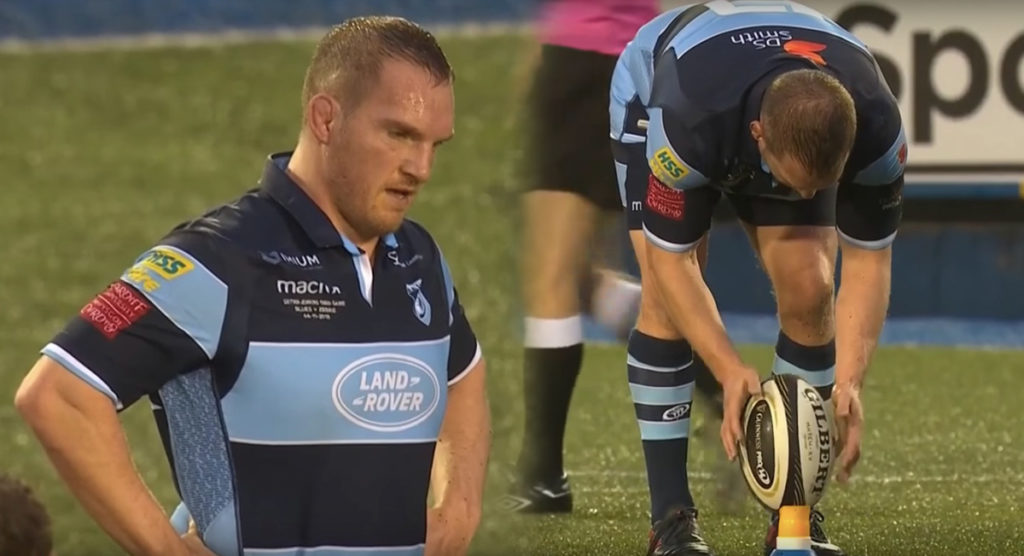 Gethin Jenkins has kicked his final kick in professional rugby. While that may sound strange, he is no ordinary prop and as we’ve seen before, has never been afraid to show off his skillset. He is now hanging up his boots though, after playing his final match this past weekend.

After battling back from a chronic knee injury, Jenkins last week announced that he would retire following the Zebre PRO14 game at Cardiff Arms Park due to the fact that his right knee is still not healthy enough to play on for a sustained period of time.

After 195 appearances for Cardiff, the Wales record-appearance maker is now ready to put the feet up.

Jenkins said: “I have been working hard rehabbing over the last three months and I was confident I was going to be back playing so it’s disappointing to be retiring. It’s obviously a big decision but I’ve had a good innings.

“I have so many memories from over the years and could stay here all day listing them but the biggest thing I will miss is that camaraderie with the boys, the buzz of running out and playing, and the feeling in the changing rooms after a win.

“I’m very proud of everything I have achieved in my career, particularly captaining the Blues in the previous three seasons. None of it would have been possible without my parents and the 2005 Grand Slam always stands out as Mum and Dad were both there supporting me.

“I am hanging up my boots with the club in a strong position and while missing last season’s European Challenge Cup was personally devastating, I was immensely proud of the culture, environment and legacy we have built.”

Thanks for the memories Gethin 👏👏👏

With 129 Wales caps and five for the British and Irish Lions during two of his three tours, 37-year-old Jenkins finishes as a legend of the Welsh game and certainly one of the most mobile and hardest tackling international props to ever play the game.

He’s scored some amazing tries over the years but the one he scored for Wales against Ireland in 2005 is perhaps one of the most memorable. It was part of the 32-20 Grand Slam win and featured him charging down Ronan O’Gara before kicking ahead to finish expertly.

Is this one of the best five pointers from a prop? 🤔

Jenkins will now take up a coaching role within the Cardiff Blues academy as he transitions to life after playing.

For his final moment in rugby, he had a chance to slot a kick at goal but things didn’t go quite to plan.