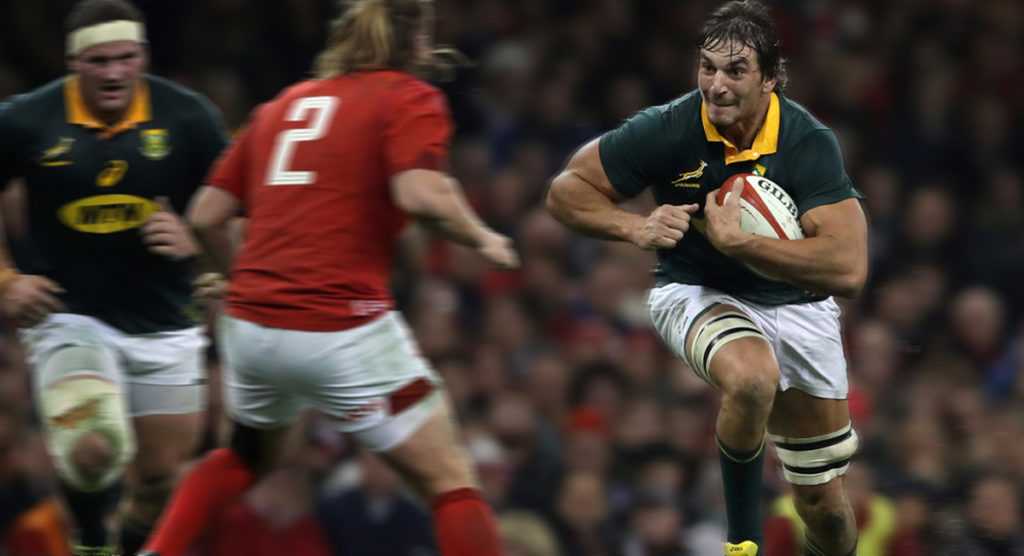 The Springboks have named an unchanged starting side to take on Wales in Cardiff on Saturday in what will be the final Test of their end of year tour. A win over Wales will not only see them go three from four on tour, but will increase their world rankings significantly.

It’s the first time this year that the Springboks have named an unchanged starting side, with the only change to the 23 being the return of former skipper Eben Etzebeth, who has recovered from his calf problem and takes up a spot on the bench in place of Lood de Jager.

The rest of the squad is the same as the team that beat Scotland 26-20 at Murrayfield last weekend. That win followed a hard-fought, final seconds win over France, and a narrow defeat to England at Twickenham.

“Wales have a formidable squad and their current run of eight unbeaten Tests is proof and also an indication of their good form at the moment,” said Director of Rugby, Rassie Erasmus.

“As I’ve said before, we know Saturday’s Test is going to be our most difficult match of the tour.

“Wales defeated us in Washington in June and have now won the last three games against us. They are a well-balanced and strong side with a great home record so our boys will be in for a massive contest on Saturday.”

Wales are currently third in the official World Rugby Rankings but a loss at home could see them slip down the list, with South Africa – currently fifth – swapping places with them if all other results go to script.

While South Africa have not done well against Wales in recent times, the overall record against them in Cardiff is 13 wins from 18 meetings (1 draw). Overall, the two sides have met 34 times, with South Africa winning on 28 occasions (1 draw).

“We will be desperate to win, and to end the tour on a high would be fantastic for the experience and growth of this squad.”