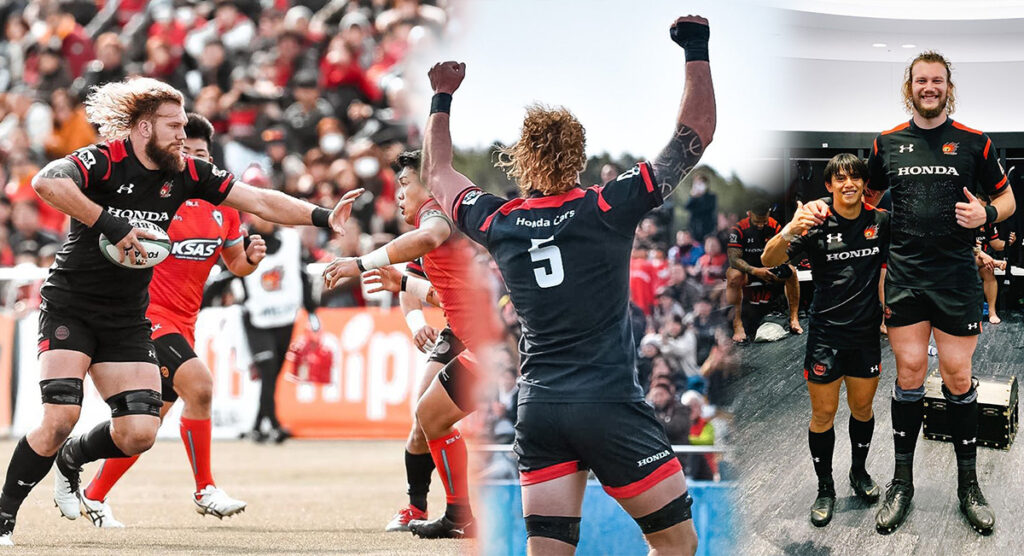 Incoming Munster signing RG Snyman has shared a farewell message to Honda Heat in Japan, as he moves closer to his move to Thomond Park.

The 25-year-old said in an Instagram post that it was a blessing “to have been part of a different culture and to have made so many good friends while playing for Honda Heat the past three seasons”, but said he is looking forward to the next chapter in his career.

With the domestic season already over in Japan due to the COVID-19 pandemic, the South African’s arrival in Ireland has been brought forward, but has signalled an end to his three-year spell in the Top League, where footage of his barnstorming carries went viral this season.

A member of the Springboks’ ‘Bomb Squad’ during their Rugby World Cup triumph last year, the lock will be available to represent Munster from July alongside his compatriot and fellow world champion Damian de Allende.

After the signing of the South African duo was announced in January, it was expected that they would join the province ahead of next season, but with the remainder of the 2019-20 campaign still to be played, they could still feature should the Guinness Pro14 resume.

However, there is still no certainty as to when the season will start again, or whether it will be abandoned completely.

Snyman, de Allende and Saracens’ Matt Gallagher have all signed two-year deals for Munster, and the inside centre has already begun settling in in Limerick.

During his time in Japan, the second row helped promote his side from the Top Challenge League to the Top League in his first season, whilst still playing for the Bulls in Super Rugby. However, his sole commitment in domestic rugby will be for the men in red for the next two years.

What a blessing it was to have been part of a different culture and to have made so many good friends while playing for @hondaheat_official over the past three seasons. I am forever grateful but for now it is goodbye and I look forward to the next chapter of my career! Very excited to join @munsterrugby 🔴