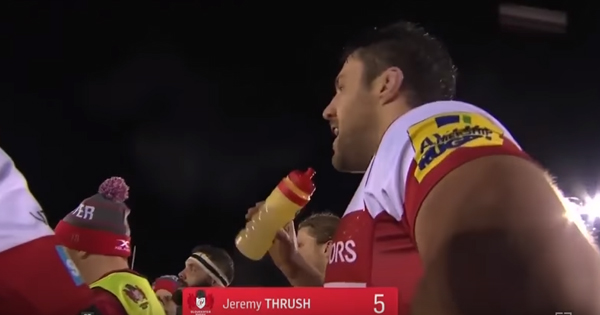 Gloucester were able to pick up a well-earned bonus point victory away to Newcastle on Friday evening. Tries from Gareth Denman, Henry Purdy, Andy Symons and Jeremy Thrush saw the cherry and whites claim a convincing 29-7 win over the Falcons.

But it was the 24th minute try from Thrush which was a real highlight as Gloucester showed just how simple line-outs can be and how when used with clinical precision, they can be highly rewarding, which you can see below.

Thrush, the former All Black who moved to the UK two years ago, took the ball at the front then showed the ball for the dummy, allowing him to coast in for a quite unique second-rower’s try from the lineout.

Gloucester currently sit just outside the play-off position in 5th place but with Leicester having failed to overcome Worcester this weekend, they will be feeling rather confident about making it into the top four.