Goal kicker has absolutely no idea where to place the ball, so gets creative with her teammate 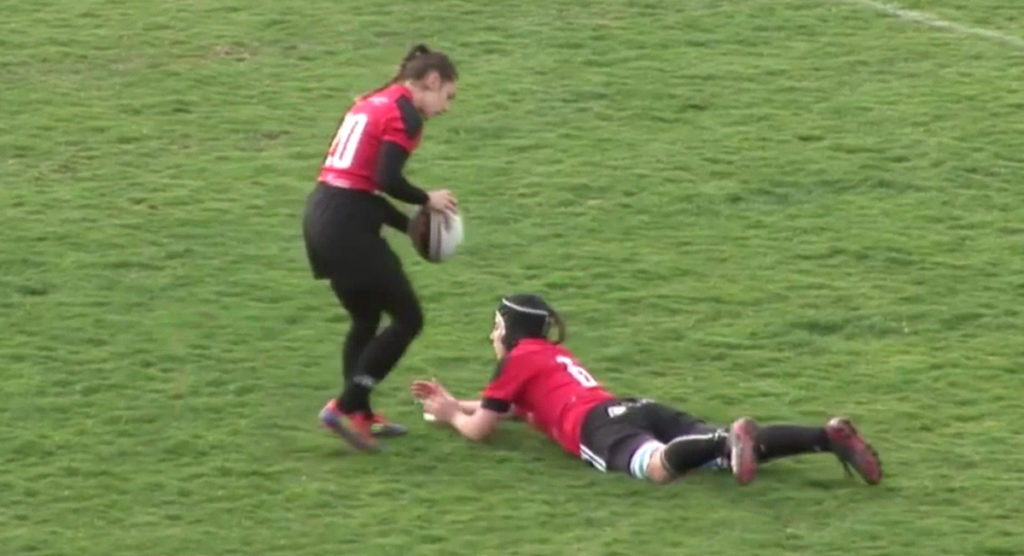 We came across this unbelievable clip on twitter yesterday, so retweeted it and it’s been hugely popular with rugby fans and former players who can’ t quite believe what they’re watching.

It’s from a women’s rugby match that actually took place in March last year in Valladolid, Spain, and seems to be the final of the women’s league between Autoconsa El Salvador (in black) and Rugby Albéitar (red).

Early in the match, Rugby Albéitar earned a penalty kick so opted to kick at goal, but after waiting around for a while, found that there was no kicking tee in sight.

What followed could well be one of the most timely referee interventions of all time, as the player first tried to place the ball on her supporting teammate’s lower back, then they were going to try it while her hands were covering the bottom of the ball.

They’ve clearly never had to do this before (it’s Spain after all – great weather), and we shouldn’t laugh at the misfortune of others, but that doesn’t make it any less comical.

Credit to emisionesdeportivas.com for the original footage and @01Souto for finding and tweeting it

Goal kicker has absolutely no idea where to place the ball, so gets creative with her teammate | RugbyDump - Rugby News & Videos