Goode explains that Farrell is 'not a dirty player' 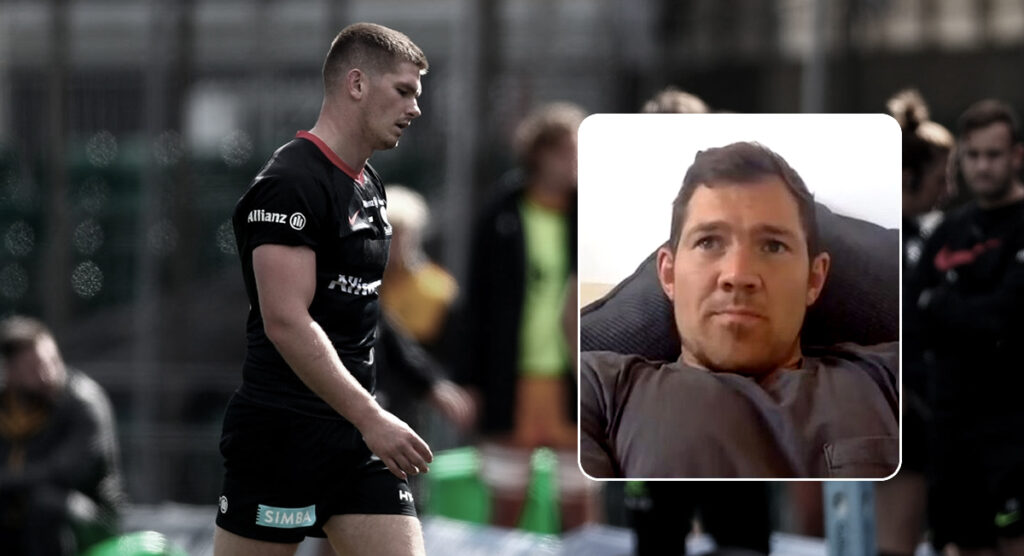 Saracens’ Owen Farrell has been somewhat under the spotlight recently, following his sending off against Wasps which gave the England captain a five-week ban.

While there has been much talk about the motives for Farrell’s tackle in the first place, whether it was malicious or simply poor timing, his club team-mate Alex Goode has come to the fly-half’s defence.

Speaking to RugbyPass’s Jim Hamilton, Goode says that the media has jumped on the back of Farrell unnecessarily and that he was “not a dirty player.”

“People are unbelievably happy to see him slip up or do something wrong or miss a kick,” Goode said.

“I think that’s a disgrace in its own right. The guy is an absolute legend for his country, he captained us to a World Cup final [and] he puts his heart and soul into it every single time.

“He puts everything into it.”

Hamilton previously said that he believed Farrell’s tackle on Atkinson was “one of the worst tackles I’ve ever seen since the new laws came into force” but agreed with Goode that the media frenzy which came as a result of the incident was unfair.

To back up Goode’s point, the full-back also gave some insight into how much of an impact Farrell had on his side’s preparations for their Champions Cup victory over Leinster last week.

“When you think about the 1997 Lions tour, and Jason Leonard was the best tourist Ian McGeechan said he had ever had because he helped out Tom Smith and Paul Wallace, gave everything to get them ready,” Goode added.

“I’m going in a bit of a tangent here, but that’s the sort of thing Owen was doing last week. He was there the whole time, he was training like Jonny Sexton and having conversations with different players about he’s seeing and what he thinks.

“That’s the thing [about him] that people don’t see. He gives everything to the club and he’s the ultimate team player.”

Farrell’s passion for the jersey is undoubtedly clear whenever he plays and despite the win over Leinster, his absence was unquestionably noticeable.