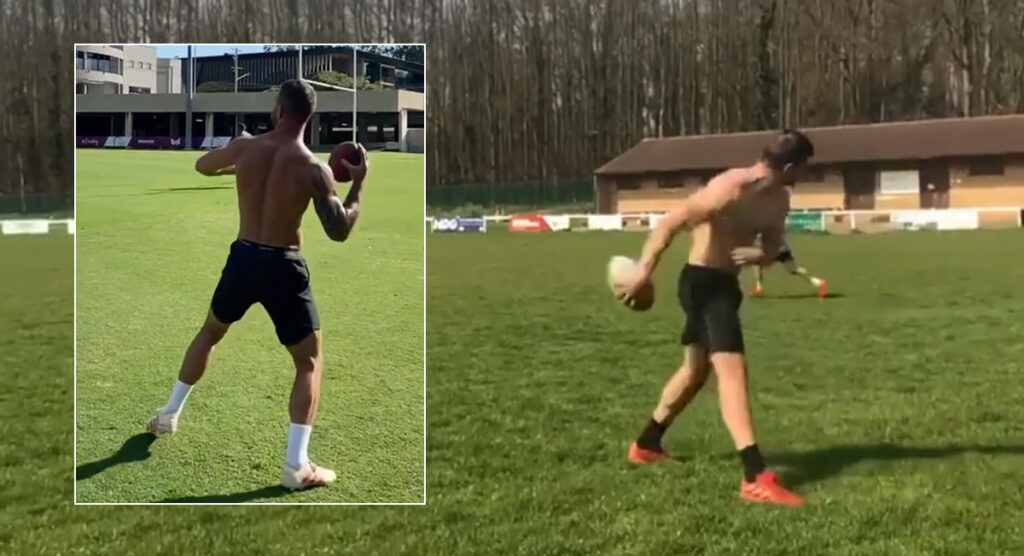 As the memory of what rugby looks like slips further and further from our minds during the coronavirus pandemic, players have kept us entertained with a series of tricks over the past few weeks.

One of rugby’s greatest magicians, Carlos Spencer, has surfaced again on social media recently with a display of passes and kicks that only the former All Black could produce.

Wallabies flyhalf Quade Cooper followed suit as well, with a viral clip of American football-style behind the back pass, which, frankly, has never been seen on a rugby field before, nor should be. Nonetheless, it is a way to show he is still keeping busy during this period where teams are not allowed to train.

Well Northampton Saints flyhalf James Grayson has also joined the action now, producing another Cooperesque pass for all to see on social media.

A post shared by 😇 Northampton Saints (@officialnorthamptonsaints) on Apr 9, 2020 at 7:32am PDT

While it is hard to imagine a scenario where an audacious pass like this would ever be necessary in a match, it is still mightily impressive all the same.

With no current indication as to when this suspension of rugby will end, passes like this may be the norm when it returns given the months of practice the players have had.

This is the Quade Cooper pass, if you missed it: