Half time rant provides lifeline for Cheika and Wallabies against Argentina 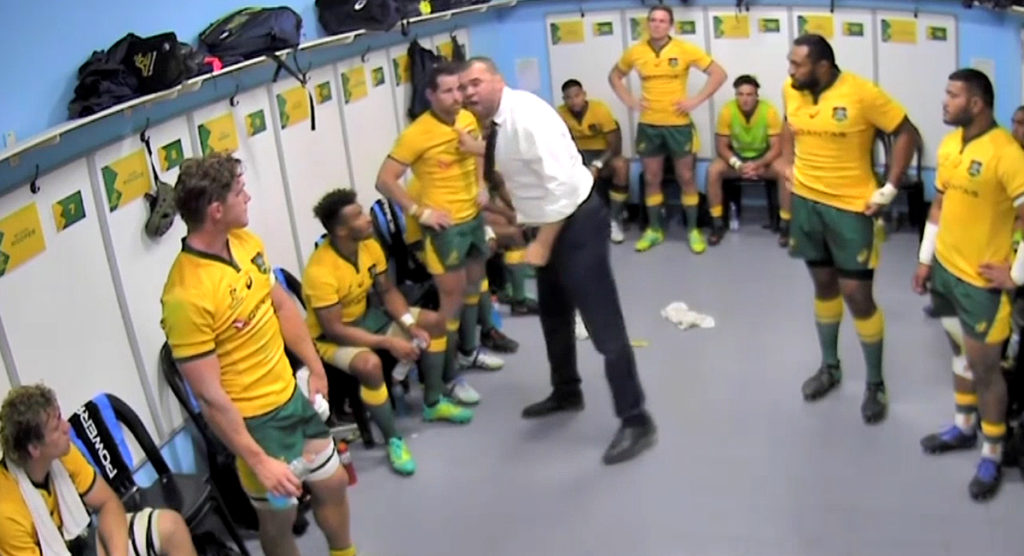 Australia scored 38 points in the second half against Argentina to beat the Pumas in the final round of the Rugby Championship following a half time drilling by head coach Michael Cheika.

Argentina led 31-7 at half time through tries by Pablo Matera, Emiliano Boffelli, Matias Orlando and Santiago Gonzalez Iglesias, but Michael Cheika’s Wallabies side responded with five converted tries and a penalty in 40 minutes to finish third overall in the competition.

Cheika had been under pressure during the week after members of the media and public had questioned his coaching position, but a fiery half time team talk caught on camera turned the performance around for the Wallabies.

Tries by Izack Rodda, Israel Folau, David Pocock and a brace from Dane Haylett-Petty completed an astonishing comeback at Padre Ernesto Martearena Stadium and the second win of the tournament for the Wallabies.

The 45-34 result means Argentina finishes bottom of the Rugby Championship for the sixth time in seven years – a narrow escape for Australia.