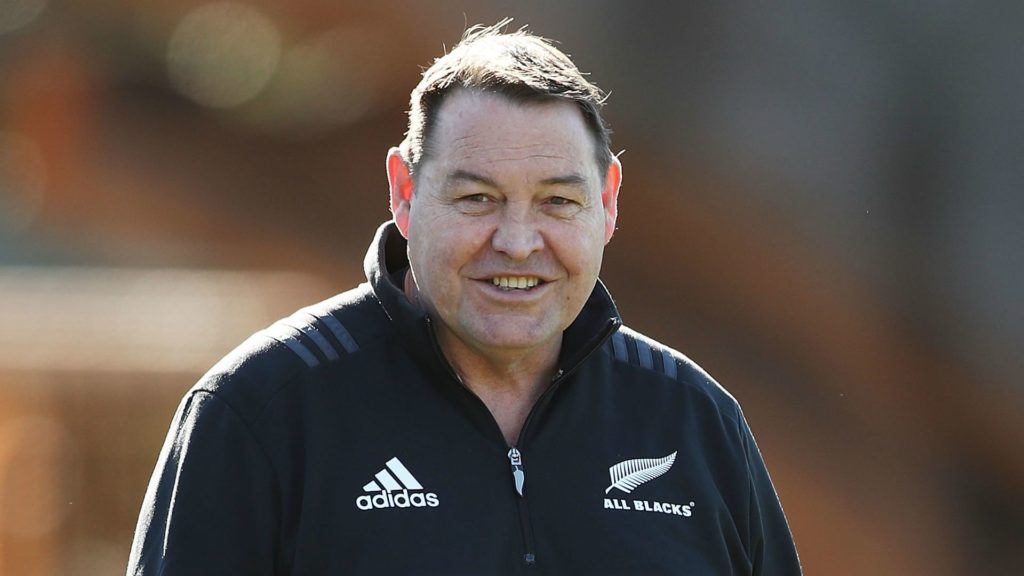 With just four rounds left in the Super Rugby regular season, there is minimal time remaining for players to impress the All Blacks selectors as the race for selection in the final 31-man squad heats up.

Plenty of previously unheralded players from across the country have established themselves as potential candidates for a World Cup call-up, with the likes of Crusaders wing Sevu Reece and Blues loose forward Tom Robinson impressing onlookers with standout performances in their rookie campaigns.

While acknowledging that the incumbent All Blacks still stand as frontrunners to make the squad, Hansen said that the door is still open to players not involved within the national set-up.

“The All Blacks are starting to come to the fore and play really well,” Hansen told reporters at the All Blacks ‘foundation day’ camp held in Auckland.

“But you also have some young guys that we are starting to notice, so those guys aren’t doing themselves any harm either.

“But it’s the next few weeks that are the most important, so that’s the time we start watching individuals rather than the games themselves.”

The outstanding performances of one-test Chiefs halfback Brad Weber and young Highlanders first-five Josh Ioane in Super Rugby was enough to warrant mention from Hansen, but the 60-year-old was quick play down the credentials of Ioane, who has emerged as a leading candidate to act as the back-up playmaker to Beauden Barrett and Richie Mo’unga in the absence of the injured Damian McKenzie.

“You don’t want to put too much pressure on these kids you know,” Hansen said.

“Every 10 in the country, outside of Beauden [Barrett] and Richie [Mo’unga] is probably thinking they are a chance.

“They don’t need me talking them up, just let them go and play and we will make the decision based on what we see.”

Weber has enjoyed a rich vein of form this season, asserting himself as the Chiefs’ primary option at halfback ahead of three-test teammate Te Toiroa Tahuriorangi, who made his international debut last year.

As a result, Weber, who has not played for the All Blacks since making his test debut against Samoa in 2015, appears to have usurped Tahuriorangi as the third-choice halfback in the national pecking order behind veterans Aaron Smith and TJ Perenara.

Crusaders duo Bryn Hall and Mitchell Drummond also have cases for inclusion in the All Blacks, but Weber’s form is something that Hansen has taken note of.

“Brad’s playing really well and that’s why Te Toiroa isn’t getting too many minutes,” Hansen said.

“Brad is leading the Chiefs well and Te Toiroa has come back from his offseason probably not in the shape he should have been in, but Brad’s taken every opportunity he has been given.

“That excites me. It’s a bit of a double-edged sword really.”

Posted By: Sam
Thanks
Sorry there has been an error
Login or Register to comment