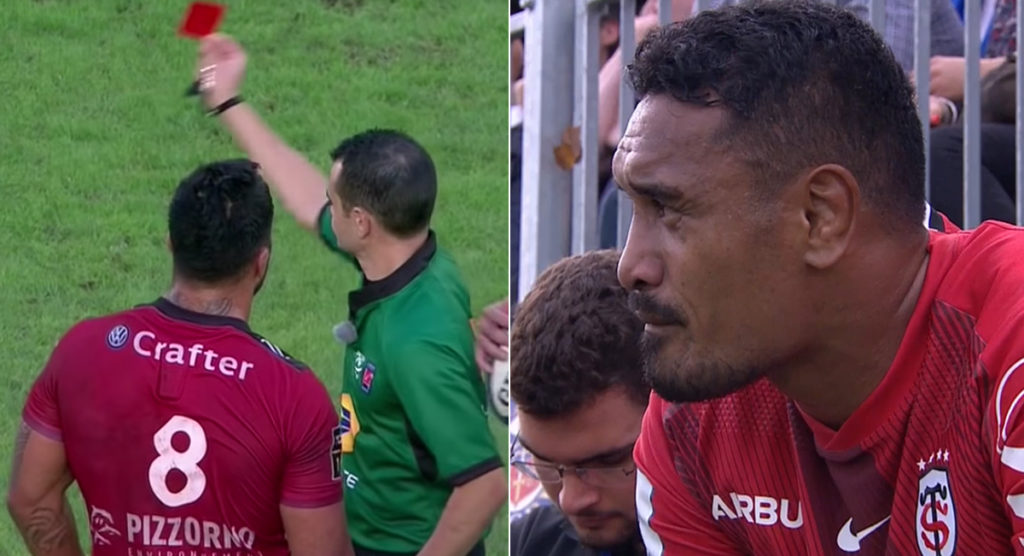 Former All Black forwards Liam Messam and Jerome Kaino have received bans following similar high tackles, both of which were deemed to be worthy of red cards.

Messam was carded for his high challenge on Montpellier’s Yvan Reilhac, during Toulon’s 29-17 road loss on October 7. He was found guilty of striking Reilhac’s chin with the shoulder, thus producing the red card. He was banned for four weeks. Toulon plan to appeal the decision.

If the decision stands, Toulon will be without Messam until their visit to Bordeaux-Begles in late November.

Similarly, Jerome Kaino will sit on the Toulouse sidelines for five weeks after his high tackle on Bath’s Jamie Roberts in round one of the Champion’s Cup this past weekend. The physical number 8 was ruled to have contacted Roberts’s jaw with his shoulder.

Kaino appeared before the independent disciplinary committee, where he entered a plea of not guilty. However, the committee upheld that he had contravened law 9.12: Striking With the Shoulder and upheld the determination of a red card for foul play.

The offence was determined to be mid-range and ban of six weeks was selected, with a one-week reduction for good conduct at the hearing. He will be available again in early December.