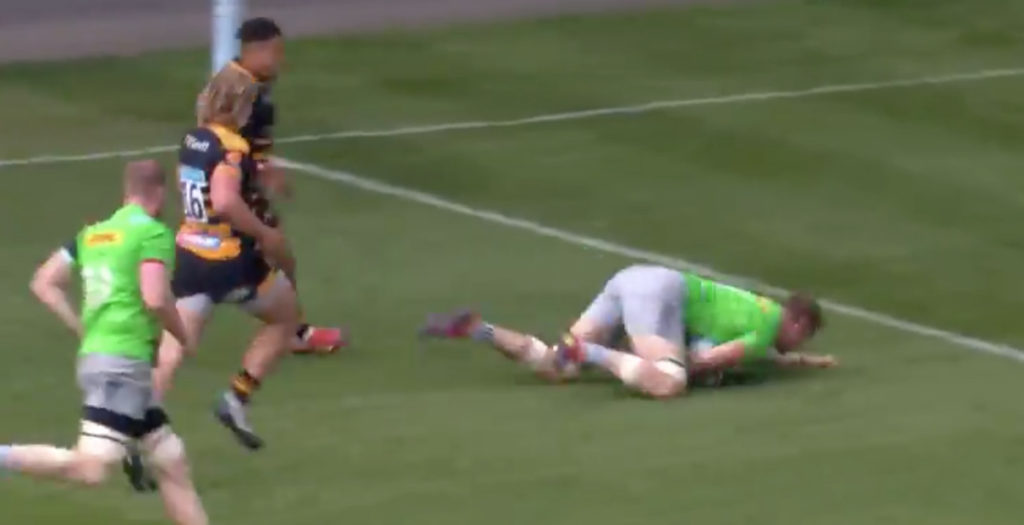 Harlequins back rower Alex Dombrandt had a shocker against Wasps when he knocked the ball on after falling over in the process of trying to score a try.

The replacement had a clear run for the try line but lost his balance, fell over and spilled the ball virtually on the Wasps try line.

This horror of a mistake came in the 74th minute as Quins trailed by nine points needing a win to earn Champions Cup rugby for next season.

Fortunately for Dombrandt, Quins did score a try two minutes later but it wasn’t enough to beat Wasps, who narrowly took a 27-25 win at the Ricoh Arena.

Quins did have a chance to win the game late on but James Lang failed to convert, meaning they finished fifth behind Northampton after a dramatic final day of the regular Premiership season.

James Lang had the kick to send Harlequins to the post-season. He fell agonisingly short.