Haskell looks back on illustrious career in short documentary 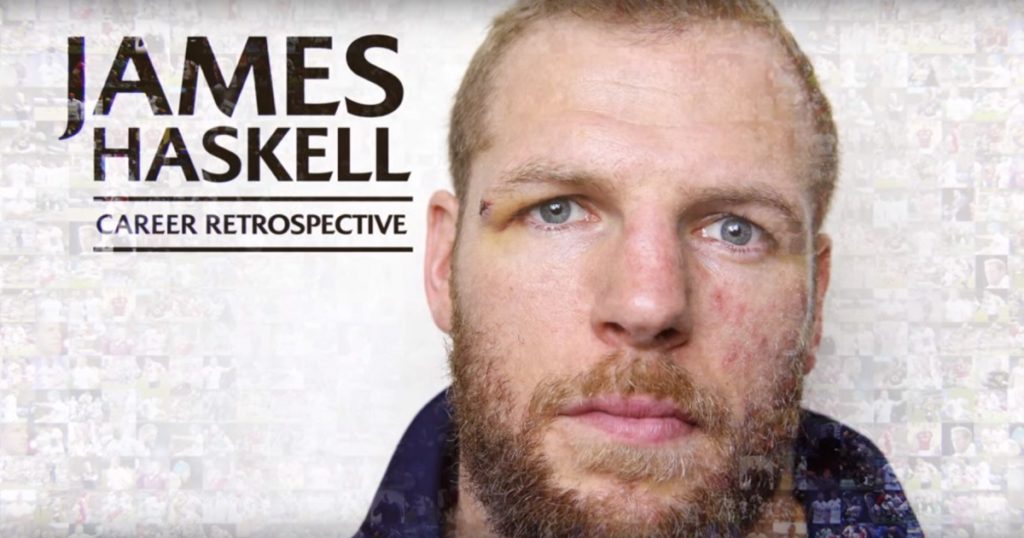 It’s been a few weeks now since James Haskell announced his retirement from the game due to a number of injuries throughout the past year. World Rugby this week put together a tribute to the former England back-rower as he bows out.

A charismatic and entertaining personality, Haskell will certainly be missed on the pitch for his ferocious competitiveness.

Now he looks back on an illustrious career, starting with his early Wasps days, the club with whom he spent most of his time up until his first England cap against Wales in 2007.

There are a few moments of regret in this feature, notably memories around the World Cup, in 2011 and 2015 where England failed to repeat the heights of the triumph of 2003 and the runner-up finish four years later.

Haskell also gives some intriguing insight into life abroad, and echoes the feelings of many players who have struggled to get to grips with different cultures over the years.

A well-known fact of Haskell’s career is that the man never truly considered himself to be a British and Irish Lion despite joining the touring party in New Zealand two years ago. It’s easy to understand why, as the back-rower never played in the Test matches and was not originally selected by Warren Gatland.

Whatever forms Haskell’s legacy, he embraced his life on the pitch and continued to entertain, frustrate and captivate fans off it.