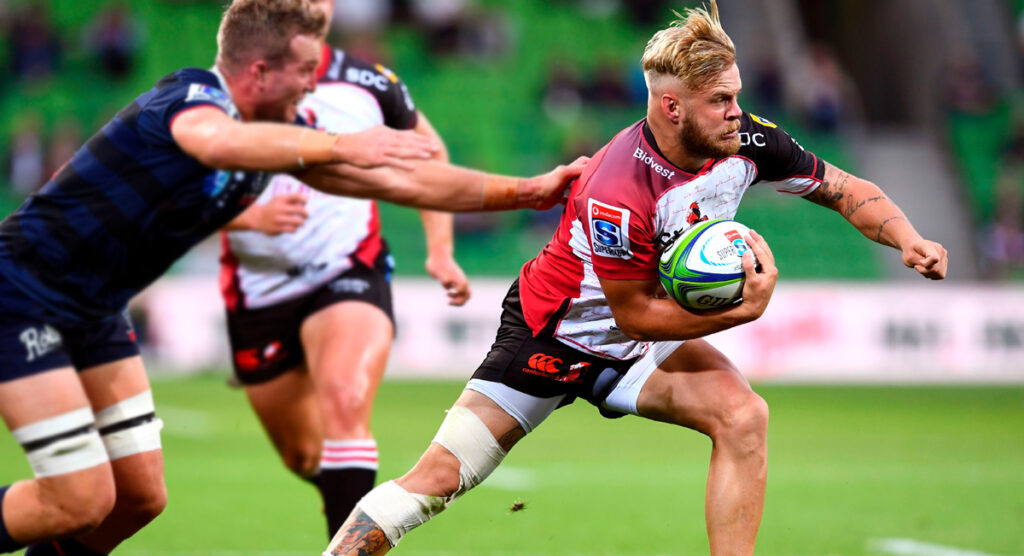 A promising young fullback/wing, Green will swap Johannesburg for South West London as he makes his move to The Stoop this summer after departing the Emirates Lions.

The fleet-footed South African speedster first came through the ranks as a fly-half, but has gone on to become one of the most promising young outside backs in world rugby after impressing at the 2018 Junior World Championship and during the 2018 Currie Cup season with the Golden Lions.

Most recently seen tormenting Super Rugby defences at will with his aggressive style of play and versatile skillset, the 22-year-old also boasts an impressive kicking game to pair his pedigree as a running threat.

Green was a product of the Jeppe High School for Boys in Johannesburg – known for producing 2007 World Cup-winning coach Jake White and Springbok wing Sbu Nkosi – before going on to become a standout performer for the South African U20s team during the 2018 Junior World Championship.

Green progressed with the Golden Lions to make his Currie Cup debut in 2018, since graduating to become one of the most dangerous attackers in Super Rugby over the last two seasons.

In anticipation of his London move, Green spoke to Harlequins TV: “I think it’s very exciting, I’ve always wanted to make a move to England since I was young, and Harlequins is one club that’s appealed to me for quite a while now.”

Speaking ahead of Green’s arrival, Head of Rugby Paul Gustard said: “We are delighted to welcome Tyrone and his partner Erin to Harlequins and the UK. Tyrone is someone I have been watching for some considerable time having been alerted to his performances by my good friend Ernst Joubert in South Africa.

“I am sure our fans will be excited by watching footage of him from his junior international games and Super Rugby where he was one of the standout performers in the first few rounds of this year’s competition. He was in the top ten for defenders beaten in this year’s truncated Super Rugby season, which is no mean feat in such an attack-inclined league.

“Over the last two years he has cemented a role in a dangerous, attack-focused team at the Lions alongside established Springboks and veteran Super Rugby players. He has electric feet and some beautiful skills having developed as a fly-half at junior levels, but it is his tenacity and fight in contact that really caught my eye.

“He fights and twists and turns violently through contact, which is so vital in modern day rugby, and possesses the kind of desire you see from a Harlequin great in Mike Brown.

“I am really excited to see him run out in the Quarters and know he will add significant value on the field.

“However, for all his skills on the pitch, it was meeting him in person in Johannesburg after one of our games that cemented our desire to recruit him. He is one of the most driven, dedicated young men I have spoken to, who is very clear on what he wants; and his passion for the sport and the game was so obvious and satisfying to see.

“I anticipate big things from Tyrone, and I know our brilliant fans will welcome him warmly when he and Erin fly over. On behalf of the Club, welcome, Tyrone!”