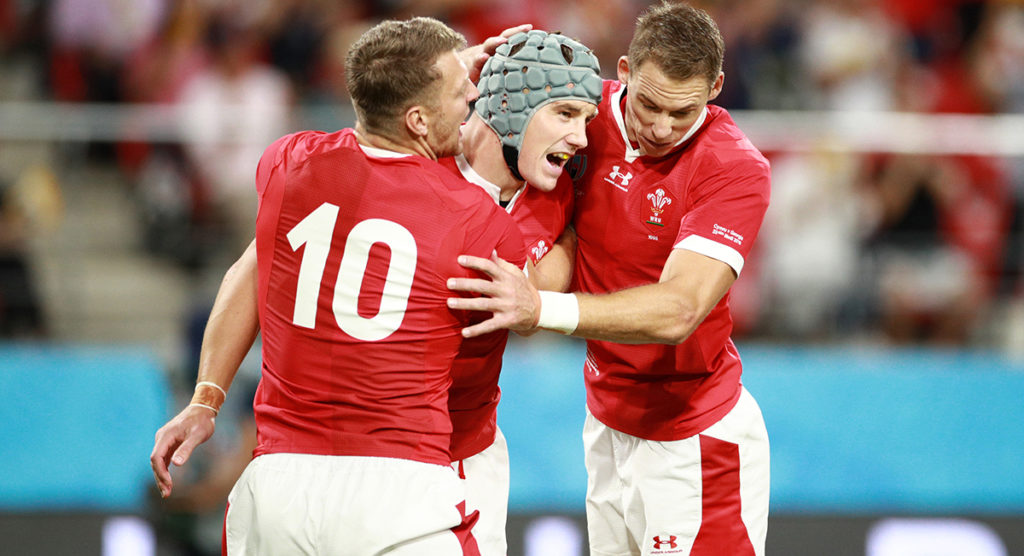 Wales have identified France’s kicking game as an area to be wary of ahead of their much anticipated Rugby World Cup quarter-final this coming Sunday. Luckily for Wales, they are well placed to deal with any aerial assault, particularly in the form of British and Irish Lions fullback Liam Williams.

However, Williams’s fearless focus when leaping for the ball has had some unfortunate consequences, most notably when he smashed into the head of his own five-eighth Dan Biggar during the win over Fiji.

Biggar, who also banged heads with Williams while celebrating a try in the first game against Georgia, had to leave the field and was ruled out of last weekend’s match against Uruguay.

“It was just that the ball was in the middle of the two of us and he is not one to back out,” said Williams.

“So I went up for it and unfortunately caught him on the way down.

“He said after the World Cup that it’ll be his turn to knock me out.”

Kicking coach Neil Jenkins probably knows more about putting boot to ball than anyone else at the Rugby World Cup, so when he sounds a warning about the French kicking threat, the Welsh players had better be listening carefully.

“His kicking is exceptional — a lot of cross-field kicks, a lot of little chips over the top.

“They have got a very good balance to their kicking game and Romain Ntamack, who is an outstanding rugby player, has come in as well.

“It’s a big area for us and an area we will have to be on red alert against, come Sunday.”

The arrival of Fabien Galthie as assistant coach after another dire Six Nations for France has led to a change in approach with more, and better, tactical kicking among the changes he has introduced.

Jenkins was also the latest member of the Welsh coaching team to be questioned about the relevance, or otherwise, of their run of seven wins in the last eight games against the French might have on Sunday’s game.

“They have been pretty close, probably one-score games most of them,” he said.

“They beat us eight years ago in Auckland (in the World Cup semi-final) which was a huge game for us on that day and they have managed to turn us over.

“It is a totally different game on Sunday and I am not sure if it makes much of a difference. It is a new game and a lot at stake and we need to be ready.”