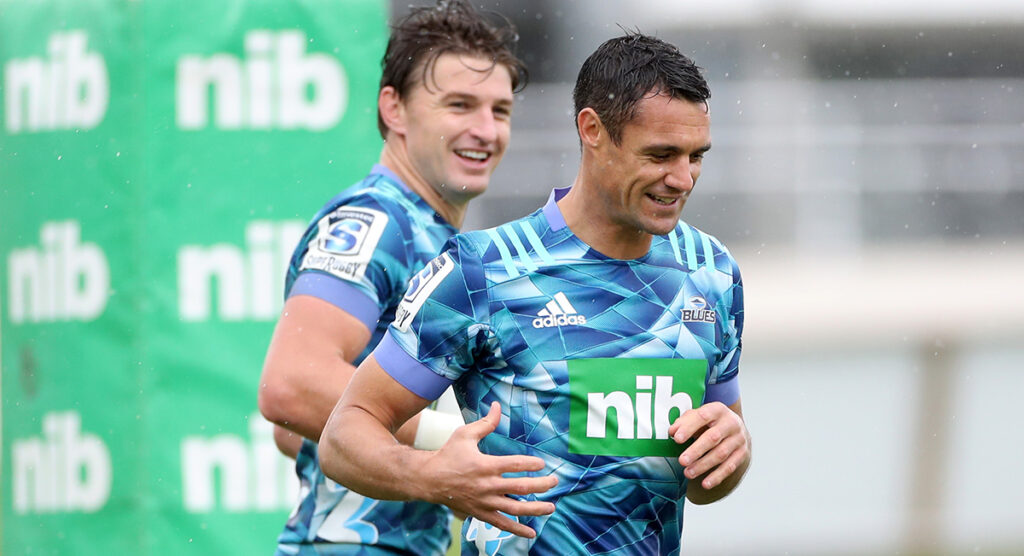 After a leaked whatsapp message got out yesterday, it was later confirmed that All Blacks and Canterbury legend Dan Carter has indeed joined the Blues in Auckland. He will line up alongside Beauden Barrett, doing great things for the relaunch of Super Rugby Aotearoa this month.

After five years outside of New Zealand, the all time leading Super Rugby points scorer has returned, albeit in different colours to what fans are accustomed to seeing him in.

The Canterbury Crusaders legend said that he is not thinking about lining up against his former side just yet (July 11th).

“I talked to the old man. As a proud Cantab… as he has been throughout my career he’s been supportive. I’ve talked to Razor [Robinson] to let him know my reasoning, too.

“It’s all happened really quickly. Last week I probably thought this was the last place I would be. I don’t want to think about what it would be like to play against the Crusaders – if that were to happen. I’ll deal with that later on.”

Remember the last time DC and Beaudy played a rugby match together… pic.twitter.com/9Xjgy73AoK

“I want to use my experience to help the Blues,” Carter said.

“I’ve been approached a few times over the years when Ted [Sir Graham Henry] was coaching, JK [Sir John Kirwan] as well. I didn’t obviously at the time. I didn’t think about it.

“When the Japanese season was cancelled I just wanted to spend time with my family. It wasn’t until Leon called saying Stevie [Perofeta] had been ruled out for the season, that’s when I thought about it. He’s a pretty convincing guy.”

“It took a while to put it [the jersey] on but once I got out there…it wasn’t really a team I thought I would be playing for but it’s an opportunity to come to training in the city my family is.”

“We’ve been starved of sport and rugby. As a player we feel the same. With it being around the corner, it’s an exciting time. Super Rugby Aotearoa first came around I didn’t really think about playing in it… It’s more about getting my body up to speed to just be in contention to be selected. A great opportunity to help some of the young guys,” Carter added.

“There’s a competitive edge in all pro spokespeople,” Carter explained.

“At this stage I have to be realistic. I’ve played six games in the last 18 months. It’s going to be a process…no contact the last three months. The games in Japan gave me a lot of confidence to bounce back from the neck injury I had. Once I can get some work under the belt with the trainings, I want to be out there competing.

“That’s what all sportspeople miss – that competitive edge and even just running around out there today brought that back.

“It’s a bit of a favour for a good mate of mine and I’ll keep that favour in the back pocket. We’ve been teammates for a big part of my career and to be coached by him is great.

“They’ve obviously gone through a challenging period. To be alongside some young players and someone like Beaudy is a great opportunity to give back,” Carter said.

“I haven’t even thought about playing alongside Beauden. I’ve been impressed with the leadership role he’s taken with the All Blacks. He was a young fella when I was still playing with him, now I’m looking forward to pick his brain for my learning.

“Fans have been starved of live sport and hopefully they will show their appreciation. There’s still some uncertainty around the crowd situation but hopefully, they can come out and support their teams.”