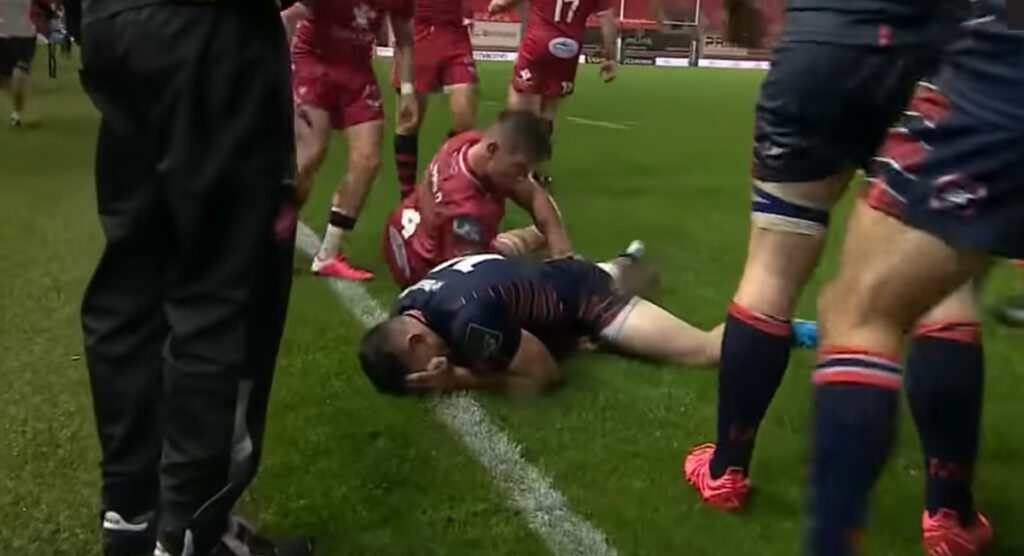 Scarlets forward Josh Helps has been banned after a disciplinary process took place on Wednesday resulting from the red card he received during Round 4 of the Guinness PRO14. Helps received a red card at the game at Parc y Scarlets, and has since been sanctioned.

Referee Chris Busby showed Helps the straight red card for infringing on Law 9.11 – Players must not do anything that is reckless or dangerous to others, after he made the reckless tackle against on Edinburgh’s George Taylor.

“The Disciplinary process for the red card offence was presided over by Judicial Officer John Carroll (IRFU),” the statement read.

“The Player accepted that his actions were reckless and that the offence warranted a red card. The incident was deemed a top-end offence, which carries a 10-week suspension.

“Having reviewed all of the evidence available and considered the Player’s previous clean disciplinary record, acceptance of his actions, co-operation and his apology, the Judicial Officer followed World Rugby guidelines and applied mitigation, bringing his ban to five weeks.”

Helps will be free to play from midnight on December 13, 2020 and was reminded of his right to appeal.

This was the third red card for a Scarlets second row in as many matches.